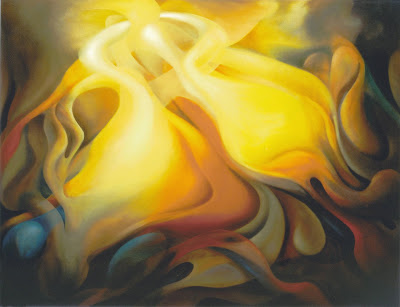 NB: It was my privilege to preach this morning at St. Martin in the Field in Selbyville, DE. My month with them has flown by. I'm continuing to challenge myself to preach without a manuscript. It's so much more work than using a manuscript, but I'm relaxing enough to begin to love absorbing the energy in the room and engaging with people's facial expressions. It's a bit like walking a tight rope without a net. Except, of course, the net of a prepared heart. This is what I remember preaching - which, interestingly enough, was not all of what was in my notes:

Let me put this morning's Gospel story of the Transfiguration into some context for you.

Believe it or not, it's been ten weeks since Christmas. Yes, ten weeks. Imagine.

Ten weeks since the shepherds saw the bright star in the dark sky and followed it to find the infant Jesus.  We celebrated Christmas for twelve days before we began to celebrate the eight week season of Epiphany, when three wise men from the East followed that same bright star seeking to find the Incarnation of God.

And this morning we read about the moment that Jesus, who was the reason that star was shining so brightly in the dark night sky in Bethlehem, is so filled with the glory of God that his whole face is shining as bright as the sun and he was "transfigured".

Before we travel forty days and forty nights into the wilderness with Jesus, I want to take us back, way back to the beginning of the story. 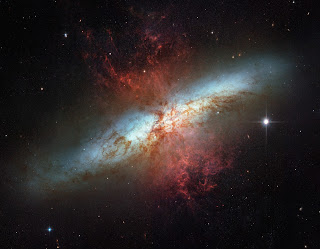 I want to take us all the way back to Genesis. Do you remember how the story begins?

It's part of the reason we are People of Hope. The promise of Hope is in the very DNA of creation.

There's yet another pattern. After God said "Let there be light", God said that it was "good". Indeed, after each one of God's creation is called into being, God proclaims it "good"

I don't know this for a fact, but I think there's something God said just before and directly after pronouncing the creation "good".

If we had the original manuscript, I'm betting that if you look closely, you might just see in parenthesis that God says this:

That, too, is a pattern. Whenever an amazing new thing is about to happen, God always sends a messenger. In Sanskrit, the word for messenger is "diva" or "point of light". And, these messengers, these divas, these points of light, always say the same thing, "Be not afraid."

And, if I'm feeling particularly brave, I tell them the truth that I know:

Death comes on like a cloud of darkness, but after the darkness comes the light. And, in that light we will be transfigured.

And, like Peter, we may even see those who have gone on before.

So be not afraid. This is good. Just wait till you see what's next.

For eight weeks, we will be asked to look at the frailty of our humanness, the brokenness of our relationships, and the limits of our mortality.

It can be a pretty dark and scary time, touching into ancient wounds, giving rise to old anxieties.

But, at the end of that journey we will experience the inexplicably glorious light of the Resurrection.

So, as we enter Lent, don't be afraid. This is good! Just wait till you see what's next.

Think of it as practice for when we'll be transfigured into the glorious Light Eternal of God.

Amen.
Posted by Elizabeth Kaeton at 11:35 PM No comments:

On Being a Prophet in a Not-For-Prophet World: A Letter of Encouragement 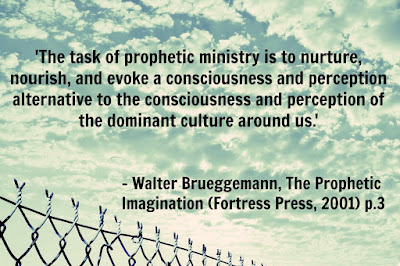