Excuse me while I stamp my foot with my hand on my hip and say, a little louder than is polite, “It’s not fair.”

No, seriously! This gospel passage is so far from what I’ve been taught – what I suspect we all understand – about what is “fair” that it makes my head spin.

Our first lessons about fairness usually come from our parents about our siblings. We learn to “share, fair and square.” Which means, if you get two cookies I get two cookies.

Wait! What? How is THAT fair? Shouldn’t you have to do something – like, maybe, EARN your cookies?

Which surfaces of memory of my kid brother, John. He was about 4. I was about 8. He had two cookies. I had none. He saw me coming and shoved both cookies in his mouth and devoured them even before I got close enough to him to swipe one away or complain to my mother who would slap him upside the head and tell him to share.

I mean, I AM the oldest. Does seniority count for something?

Still later, we learn to navigate the cultural layers of what it means to be fair.

We’ve been trained to believe that seniority is superiority. Those born into privilege would like us to believe that legacy is its own currency. The American ethic is born of the belief that, “If you work hard and pull yourself up by your own bootstraps, you too can be successful. 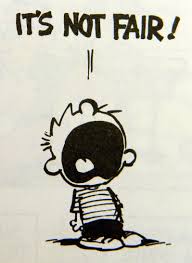 Unfortunately, very little is ever said about the fact that not everyone’s bootstraps are the same length. Or, quality. Or, level of durability. Or, if you even have bootstraps.

Those who know me have heard me tell stories about my immigrant roots. We worked hard. We had a strong work ethic that was actually a source of no small amount of pride. It was not uncommon in my family for people to have two, sometimes three jobs, not counting a side hustle of selling Avon or Amway or Tupperware or Corning ware products, or “stuff that fell off the truck” and found its way into the trunk of an uncle’s car.

As immigrants, members of my family took jobs in the factories and sweatshops of New England, the owners of which attracted immigrants to this county specifically for their cheap labor and expected grateful silence about unfair wages, long hours and dangerous work conditions.

Indeed, my uncle Gus, the firstborn son of my grandparents, died in a factory explosion at the age of 19, leaving a young, wife pregnant with a son he’d never live to see. Everyone who was at the factory that day, including the owner and his son, died in that fiery inferno.

My grandfather had identified his son by his shirt and his shoes and socks. Oh, and the handkerchief in his shirt pocket on which my grandmother had embroidered his initials. All they had left of his body was an arm and a leg for a proper burial.

I remember visiting his grave every year. I remember my grandmother crying and wailing as if he had died just that morning. Seventy years later and on her deathbed, his was one of the names she called.

What the owners of those factories and sweatshops didn’t expect was what my family did about their plight: they became involved in organizing labor unions which advocated for fairness and safety and changed the working environment and the compensation and benefit package for everyone.

So, you’ll understand and forgive, please, if this daughter of Mill Girls has an initial reaction, every time this gospel lessons appears, to cringe as I stifle the desire to yell, “But, that’s not fair!”

“This parable is just one example of many in which Jesus uses the power of story to upend the status quo. It’s one that on first reading can feel a bit clunky to understand and apply in our daily lives.”

In the parable of the laborers in Matthew20:1–15, the laborers who were hired first are envious. They don’t see why they shouldn’t get more—a lot more—than those hired late in the day. Our sympathies are with them. 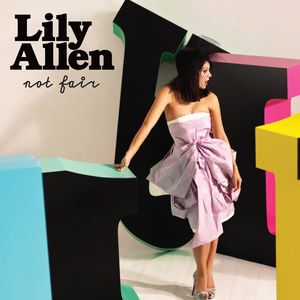 Indeed, the system of our economy depends on us desiring what we don’t have and acquiring something similar or better of our own. That finds its application in a theology of scarcity which informs our image of God.

But this is a parable. Jesus is upending our social construct in order to make a larger point – beyond mere justice – a theological point with practical implications about the lavish abundance of God’s creation.

What if we thought about “daily wage” differently? What if we understood that the agreed daily wage is forgiveness and eternal life?

Ah, now that makes a bit of a difference, doesn’t it? Remember, it’s a parable; it’s meant to provoke imagination and thought.

If God is “compensating” us, no matter when we “arrive” at the fullness of the gospel life, the only reasonable response is overflowing gratitude and indescribable joy – not envy or greed.

Envy and greed. They are and have always been part of the human condition. These two human dynamics always lead to a theology of scarcity.

We saw it in the first reading in Exodus when the Israelites complained to God against Moses and Aaron. We hear echoes of it in Paul’s letter to the ancient Christians at Philippi. My brother knew it when he stuffed two cookies in his mouth rather than share with me.

The good news is that God’s grace can’t be halved or multiplied. It’s ridiculous to demand “double eternal life” or “triple forgiveness.” There’s only one reason we’d ask for such a thing—even demand it—and that’s because our envy has so consumed us that we can’t enjoy what we have for fear that someone else might have something better. 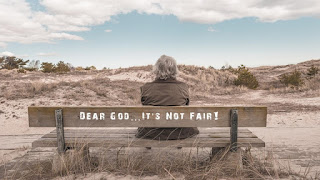 The good news is that our God is a God of abundance who lavishes the fruits  of creation upon all of God’s children.

The only reason that a child goes to bed hungry at night, or that some families don’t have their own home, is because we do not trust in the abundance of God. Instead, we allow the dynamics of greed and envy inform the ways in which we live our lives.

What if we lived abundantly? What if we loved lavishly and, in fact, wastefully as God does with us? What if we followed God’s lead and gave what we have and expected nothing in return?

What if we chose to live our lives so generously and lavishly and wastefully that people – God’s children, just like you and me – are no longer hungry or homeless but people call us fools?

I suspect Jesus would say tous: “Others are envious because you are generous. So the last will be first, and the first will be last.”