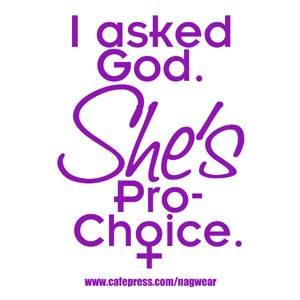 The Episcopal Women’s Caucus joins people of faith everywhere in our shock and deep sadness at the violent murder of Dr. George Tiller, who was gunned down Sunday morning, the Day of Pentecost, at The Reformation Lutheran Church, where he was a long time member.

Dr. Tiller was an internationally known champion of the reproductive rights of women. His senseless, untimely death is a cruel loss to his immediate family, his church family and religious people everywhere who understand that freedom of choice is a cultural and political reflection of the spiritual gift of free will which God bestows upon each and every one of us.

The comfort of the Christian faith is that we are assured of Dr. Tiller’s place in the eternal and loving embrace of Jesus. Our prayers are with Dr. Tiller’s family, who grieve his loss as well as with his church family, who are also deeply affected and traumatized by his murder in their sanctuary.

We pray also for his murderer, that healing and reconciliation may begin.

We deplore the ‘hate speech’ and inflammatory rhetoric which ultimately leads to these violent acts We pray that we might find a way past our passionately held beliefs, on either side of the great divide of this issue, and into a path of mercy, justice and peace – a peace which passes all human understanding.

Further, we pray that ‘respect for life’ includes respect for the life of every woman as well as all those whose lives are dedicated to the respectful and valiant cause of securing freedom of choice for all women.

Note: The point about inflammatory rhetoric ultimately leading to violent acts was made light night by Frank Shaeffer, who was, in his own words, "both a leader of the so-called pro-life movement and a part of a Republican Party hate machine masquerading as the moral conscience of America."

Like many writers of moral/political/religious theories my father and I would have been shocked that someone took us at our word, walked into a Lutheran Church and pulled the trigger on an abortionist. But even if the murderer never read Dad's or my words we helped create the climate that made this murder likely to happen.

A tip of my summer bonnet to Mimi.
Posted by Elizabeth Kaeton at 7:59 PM