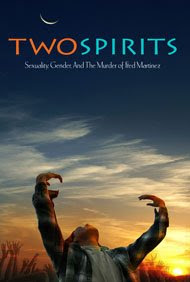 Fred Martinez was nádleehí—someone who possesses a balance of masculine and feminine traits—a special gift according to his traditional Navajo culture.

But his determination to express his truest identity tragically cost him his life. At age sixteen, he was one of the youngest hate-crime victims in modern history when he was murdered in Cortez, Colorado.

On a warm summer evening, Fred Martinez—ignoring his culture's warning to avoid going out in the dark of night—hugged his mother, said he would return soon, and left the trailer house in which they lived to attend a rodeo carnival. 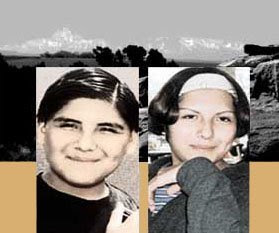 Dressed as he usually did with a touch of mascara, wearing a small bra stuffed with socks beneath his sweatshirt, and carrying his favorite purse, he spent several hours with friends, then he disappeared.

His savagely beaten body was found five days later in a shallow canyon near his home. His murder attracted limited media attention, and the residents of the small off-reservation town in which he lived struggled to comprehend how someone so gentle—and so determined to experience a big and meaningful life—could have his life so senselessly destroyed.

Two Spirits: Sexuality, Gender and the Murder of Fred Martinez is new film which been made about the life and death of this young man, which also looks at the history of Native two-spirit people and how they were respected, particularly by the Navajo.

The greater goal of the film, however, is to educate society on how multi-gendered people enrich lives and why people must be free to be their true selves.

The U.S. Office of the Assistant Secretary for Civil Rights in Washington has joined the Fred Martinez Project as an outreach partner. The department will host screenings of Two Spirits around the country as a part of their ongoing national diversity programs.
Posted by Elizabeth Kaeton at 11:04 PM

Integrity of the Four Corners will be having a showing of this later in the fall.

Fred is part of our local heritage. (and a plug for TEC: The only church to have representation at his memorial was St Barnabas, Cortez)

Thanks for sharing this. Native Americans are a larger part of the LGBT community than anyone can imagine. The fact that this is such a surprise to most is largely due to the segregation caused by reservations. My family is Choctaw from the Alabama/Mississippi region - I shudder to think how many of them would be found in a ditch if they all came out.
lis

Quite a contrast to the Viagraville reaction to the news from Chaz Bono. Once again Melanie is passing judgement and spreading misinformation.

Sad to hear how they mistreated Fred. I am proud of my family and village. They treat no one this way. Every child is loved and honored just as God made them.

What a terrible and tragic story!

I hope it gets told far and wide. Telling these stories is one way to stop the violence.

Two Spirits: Sexuality, Gender and the Murder of Fred Martinez is new film which been made about the life and death of this young man

Is that how Fred would want to be remembered?

Failing any clear indication from Fred (including whether this given [Statesonian English] name was the one preferred), I'd stick to calling Fred a young person.