You just can't make this stuff up 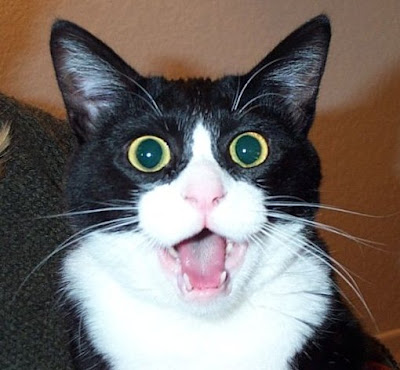 Might as well just put your jaw on the floor now.

I would never link to VirtueOnline, but I know you won't believe me unless I at least tell you how to find this article.

It's from 'Virtue Online' (an oxymoron if there ever was) in the featured section "From My Ear to Yours," and dated 6/23/09.

A friend sent it to me and I didn't / couldn't believe it, so I went over there to see for myself.

Even so, I still can't believe he actually wrote these words - and wasn't making a joke.

Rumors abound that Ft. Worth Bishop Jack Leo Iker's long term goal is to take his diocese to Rome. Not true. Numerous sources have told VOL that he is deeply committed to the new North American Anglican Province and he will work with his fellow bishops over the thorny issue of women's ordination.

A number of his Ft. Worth priests were recently seen at the Anglican Use conference in Houston. He has told them that if they want to go to Rome, they can do so, but they can't take their property with them.

See what I mean?

You just can't make this stuff up.

Where's Alice and why is that rabbit scurrying along complaining about being late?
Posted by Elizabeth Kaeton at 6:33 AM

Whiteycat loves that cat photo! An amazing piece, for sure!

I am reminded of the advice that the priest at the Anglican Chapel here gave to another priest who was considering taking his parish out of the Episcopal Church: give the keys to the building and the bankbooks to the bishop and walk away. Given the case law in NY, the advice was practical.

See there are two Dennis Canons. One is the good one Iker uses on priests the other is the bad one that the national church uses on him.

LOL! Funny, but not funny, if you know what I mean. Nevertheless, I'm laughing.

Whatever happened to, "What's sauce for the goose...?"

Elizabeth, thanks for my first belly laugh of the day. You laugh or you cry.

Enough clichés for one day, then.

I read this right after I got up. I couldn't take that much irony and almost had to back to bed.

Oddly enough this is pretty much par for the course for schisms and heterodoxies like this: The rules are only rules when they apply to me.

"All church property, both real and personal, owned by each member congregation now and in the
future is and shall be solely and exclusively owned by each member congregation and shall not be
subject to any trust interest in favor of the Province or any other claim of ownership arising out of
the canon law of this Province. Where property is held in a different manner by any diocese or
grouping, such ownership shall be preserved."

How did Bp. Iker miss this? Or did he agree to this only since he set it up so that the [former] Diocese keeps title to all the congregations' property?

I was almost going to have to send you a bill for my MacBook but managed to hold the water in my mouth. Lordy, lordy.