Sam: 'Lest We Forget 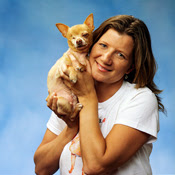 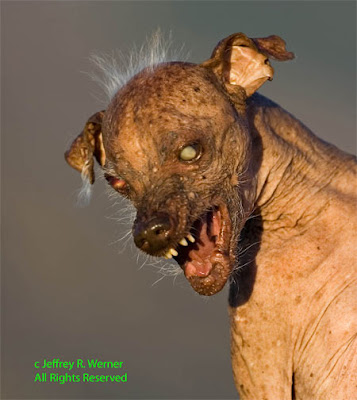 Today is the first anniversary of the death of Sam, the world's ugliest dog.

His successor will be chosen on June 11th during the World's Ugliest Dog Competition in Petaluma California.

You can read more about the competition here.

There's also a wonderful story about Jake, in the competition for the title here.

Jake is a 14 year-old Chihuahua who is making his way to the World's Ugliest Dog Contest -- or at least trying! Adopted by JJ about four years ago, Jake survived many struggles, including a nine year stint as a stud dog at a puppy mill.

The top photo is of Jake in the arms of his human, J.J. - still looking like the fine older "stud" he is. Perhaps there is a "geriatric" division in the competition. Certainly, Jake deserves a win.

Posted by Elizabeth Kaeton at 8:13 AM