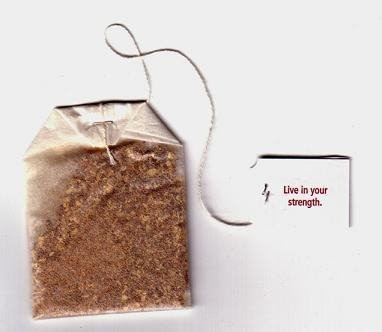 Well, there is a new tempest beginning to brew in an Anglican Tea Pot, but this time, there's no real 'tea' involved - just 'teabagging'.

The news is everywhere. Mark Harris has a great piece over at Preludium. Episcopal Cafe and Thinking Anglicans are also reporting it.

Here's the 'executive summary': "Communion Partners and ACI now intend to publish a formal document shortly, signed by perhaps 18 CP bishops, entitled Bishops’ Statement on the Polity of the Episcopal Church which argues in detail that TEC is not a hierarchical body and that individual dioceses are autonomous entities. In particular they argue that individual dioceses are free to sign up to the proposed Anglican Covenant, and that it is not necessary to leave TEC and join ACNA in order to do that. The presumption here is that TEC itself will not do so, or at least not in 2009."

Let me set this latest little piece of Anglican Drama in context for you.

We all remember when The Windsor Report came out in 2004 which was Canterbury's response to the consent of the election of the Bishop of New Hampshire by General Convention 2003.

It pretty much took over General Convention 2006 if I recall, at which it was 'recommended' that The Episcopal Church apologize for consenting to the election and consecration of V. Gene Robinson as the Bishop of New Hampshire.

We were also asked to observe a moratorium on authorizing liturgical rites of blessing of the covenants made between people of the same sex as well as one on electing or consecrating LGBT people as bishops.

We did express 'regret' for the commotion that was caused by the election and consecration of the Bishop of New Hampshire, and said that while we understood their 'pain', we really were exercising 'local option' in terms of blessing same sex covenants, and we don't have any of these liturgical rites because General Convention hasn't authorized them.

Furthermore, we said, the moratorium on electing and consenting to LGBT bishops was against our canons which prohibit discrimination.

So, we ended up with the nebulous but nevertheless lethal wording of Resolution B033 which asked bishops with jurisdiction and standing committees to 'exercise restraint' in the consent of people whose 'manner of life' would present a problem to the rest of the communion.

That produced great dissatisfaction and an ensuing flurry of frenetic and dyspeptic activity from the Purple Shirts on the so-called 'orthodox' side of the aisle: The evolution of the Common Cause Partnership, the Anglican Communion Network, and GAFCON . . . and there may be others, but, you know, it's really hard to keep up with the every-changing 'alphabet soup' of 'orthodox' organizations.

Various other statements were pronounced: The Dar es Salaam Statement,the Jerusalem Statement . . .oh, and let us not forget the Great Primatial Ultimatium of September 30th, 2007. (And they huffed, and they puffed and they tried to blow the house of The Episcopal Church down . .. ).

So, now comes the herald of this much anticipated statement, reportedly signed by anywhere from 10-18 bishops, which declares that TEC is not a hierarchy and that individual diocese can sign onto The Anglican Covenant without General Convention doing so.

As if that weren't enough drama, there is some palace intrigue swirling around all of this which has been inspired by some emails between some conservative leaders which were, obviously, not supposed to get into the grimy hands of liberal leadership. But (oops!)did.

As if . . . any of this really carried any weight in terms of what can or can not be done and have any real effect on 'the Covenant Process' in particular or the structure of authority in TEC in general.

Which is why I call this evidence of 'Anglican teabagging'. It's just a little wrestling / video game move designed to annoy and/or humiliate.

The Urban Dictionary has this definition of 6. tea-bag

verb - An April 15 nationwide protest against President Obama heavily promoted by Fox News and largely restricted to small gatherings of angry white conservatives; the sponsors and participants presumably intended the term to be suggestive of the Boston Tea Party and appear to have been unaware that it also has a sexual meaning.

"I'm gonna tea-bag Obama before he tea-bags me and takes my gun away!"

If you click on that link to the Urban Dictionary, you'll find several other definitions which will help you understand the 'sexual meaning' of the term.

I'm going to leave you alone with that imagery - oh, and this quote from John Stuart Mill, in a letter to the Conservative MP, Sir John Pakington (March, 1866):

Tune in tomorrow, folks, for the next episode of "As the Anglican World Turns".

Is it General Convention yet?
Posted by Elizabeth Kaeton at 10:01 AM

These are but a few words that have come to mind.
The rest are unprintable.

it is interesting that here in FtW they are having "Boston Tea
Parties" and are talking secession from the US of A. Aint just like TexAS to do that?

I am laughing about the sexual meaning. These Bubbas wouldn't even know that it has a GAY meaning!

Yeah, when it was all over the news on April 15 I was SOOOOOOO laughing at the people saying "tea-bagging." They were all just so totally clueless about the meaning!