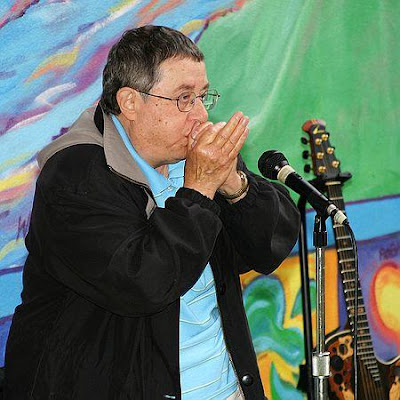 Every now and again, I tune in to watch "America's Got Talent". I find it endlessly fascinating what some people can do and what some people consider "talent." Some contestants look like they should be on "The Biggest Loser" - and not for their weight loss.

Besides, some of my favorite memories from childhood are the talent shoes we put on as kids. We'd hold neighborhood Talent Shows in the backyard, under my grandfather's Grape Arbor. Our church had an Annual Talent Show in the Parish Hall. Even our High School had them once a year.

Our Talent Shows looked very much like the ones on television. Dog tricks. Jugglers. Accordion players. Washboard, pot and bottle bands.

It was GREAT fun! I loved them.

I was sort of mindlessly watching the television last night as I was ironing some clothes. I had it on mostly for the noise. I was really paying more attention to ironing creases in my shorts and pants than what was on "America's Got Talent."

And then came Sally.

There was something about Sally I just couldn't put my finger on.

She said she was 75 years old and a retired school teacher from Portland Oregon.

She was a bit quirky - coming out with her walker and taking time to put her foot on a piece of wood. And then she licked her hands before she started to play, which completely flipped out the judges - especially "germaphobic" Howie Mandel.

I suppose that should have been a clue.

Sally played "America the Beautiful". On her hands. She was surprisingly good.

She had more surprises.

She's written a book on hand whistling. She had a few copies with her - tucked into the back of her walker.

Howie purchased a copy. Payed $20 when the price was only, as Sally said, "twelve bucks." When he wanted to read a portion of it, she cautioned him to be careful which passage he was going to read.

"It isn't entirely about hand whistling," she said.

And the crowd went wild. I suppose they thought it had something to do with hand licking. Little did they know.

Then came the Really Big surprise. As the crowd settled down, she said - in her best schoolmarm voice: "Among other things, this is a coming out story."

And, she got a standing ovation.

It was a GREAT moment.

You know what? It's really true: We ARE everywhere. In schools and shops. In the trenches in the Armed Forces and behind the register at the supermarkets. In hospitals and nursing homes.

And, we got talent.

You can catch Sally's performance in the video below. She "comes out" about 4 minutes and 45 seconds into this seven minute clip.

Oh, Sally is going to Las Vegas. Sharon was first on her feet to applaud her coming out but said she had to say 'no'. However, both Howie and Piers voted for her, so off she goes, then.

I can hardly wait to see what she does for her next act!

Posted by Elizabeth Kaeton at 9:57 PM

The whole thing brought a smile to my worn face. A good way to go to bed.

Charming. But it was strange to see Canadian Howie Mandel putting his hand over his heart. Not only is he not an American, the hand on heart thing is profoundly unCanadian. (Aside from our Bush-aping Prime Minister.)

Itry to watch every episode of AGT but I guess I missed this act... I love Sally and how she said she's got nothing to hide:)

Don't worry Malcolm, that is not the song for which Statesonians usually place their hand over their heart, so Howie's a bit confused in more ways than one.

Is the host gay, or just a bit over the top?

I've never seen this show, Elizabeth. Thanks for the video!

How delightful she is.

I was delighted by the audience reaction, too. That kind of cheering for her "coming out" courage offers a powerful antidote those few little hate-mongering people.

BTW, Malcolm+, I don't know how long Howie Mandel held that gesture. But placing my hand on my heart is sometimes a gesture I make when I'm moved by something. It may have been an emotional, rather than "patriotic" gesture for him, too.