Prayers for a Soul Friend 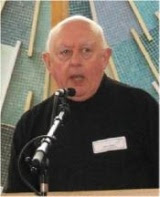 Everything I know about Anglo-Catholicism, Spirituality, being a Soul Friend and the theology and spirituality of Urban Ministry, I learned from Kenneth Leech.

Kenneth is a brilliant theologian and has written several books which have shaped and formed me the way CS Lewis or John Stott has shaped many Evangelical Christians around the world as well as in The Anglican Communion in general and The Episcopal Church in particular.

The report this morning is that Kenneth is gravely ill in hospital in UK, having suffered a "massive heart attack during a surgical procedure. He remains in ICU but has been removed from respiratory assistance."

Please, of your kindness and mercy, keep him in your prayers.

The day is rushing toward me - again - as are the thoughts I had hoped to share with you this morning. Let me simply leave you with this quote, which Kenneth used often, as a way to understand the passion and spirituality that is central to Anglo-Catholicism.

Anglo-Catholic liturgy is not just about "smoke and bells"; rather, it is about the incredible mystical reality of God who is both incarnate and present as well as transcendent and mysterious. This quote captures the essence of Anglo-Catholicism succinctly and powerfully. 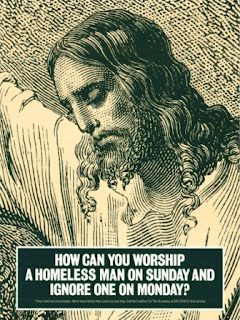 The Right Revd Frank Weston, Bishop of Zanzibar delivered a rousing address at the 1923 Catholic Congress in London. The title of the address: Our Present Duty.


"But I say to you, and I say it with all the earnestness that I have, that if you are prepared to fight for the right of adoring Jesus in His Blessed Sacrament, then, when
you come out from before your tabernacles, you must walk with Christ, mystically present in you, through the streets of this country, and find the same Christ in the
peoples of your cities and villages.

Now go out into the highways and hedges, and look for Jesus in the ragged and naked, in the oppressed and the sweated, in those who have lost hope, and in those who are struggling to make good. Look for Jesus in them; and when you have found him, gird yourself with His towel of fellowship and wash His feet in the person of His brethren."

Go, and do thou likewise. And, please keep Kenneth Leach in your prayers.
Posted by Elizabeth Kaeton at 10:36 AM

He spoke in Burlington at our cathedral many years ago and I was so impressed by his articulation of how action (of a social justice nature) is perfectly consonant with one's faith. Truly his voice is vital for those of us of an Anglo-Catholic (in its totality, not just all the smoke and bells) bent.

Prayers ascending. Grant oh Lord that he come before you without fear or pain who has placed his trust in you. Comfort his family and friends with the knowledge that he is with you.

Prayers offered. I remember how profoundly his works touched me years ago. Thank you for letting us know of his situation and reminding us of what the best of Anglo-Catholicism teaches and practices.

Kenneth is in my prayers, dear sister.

And thank you for the quote --as I read it aloud to my beloved, he joined in --knowing it already word by word... thank you for sending me head over heels in love --again.

Thank you, brother David. May brother Goran rest in peace and rise in glory.

Lord we love in thee soo much that we cannot do without the raising of Anglo-American Catholicism; this incredible mystical experience of God who is both incarnate and present as well as transcendent and mysterious. Catch ourselves by such essence of Anglo-American Catholicism succinctly and powerfully. May these written words enfold the silence and may the Word continue to speak after we have written it. Lord do teach our minds to say that which is in our hearts and, conversely, preserve in our hearts what our minds teach. In the name of the One who keeps us centered and focused, Jesus The Christ. 143 Elizabeth

Such beauty and truth! Prayers ascending...

My spiritual director had me read Kenneth Leech' s "Experiencing God" many years ago. It is still on book shelf and that book helped shaped my heart and soul with a passion for outreach to the poor and suffering. Many, many prayers of thanksgiving for Kenneth's life and work and for present condition.