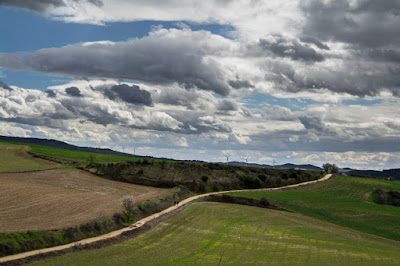 Today we expect to see many more pilgrims and services along our way, since many of the different Caminos to Santiago will begin to unite. Once again, our route takes us through meadows, forests, orchards and rural villages.

In Preguntono, we take the road leading to Cortobe, Pereiirina, and Calzada. In Saleda the Way approaches the main road leading to Santa Irene, where there is a small 18th century chapel and a covered fountain with the image of St. Irene. Legend says that those who wash their feet in this fountain get cured and released of blisters.

Today is October 18, 2018, the Feast of St. Luke. Thirty-two years ago, I was ordained priest at St. Ann’s Episcopal Church in Lowell, MA. Lowell is one of the old “mill cities” where English mill owners hired young women from England and then Ireland and then Portugal to work for room and board and a small stipend of about one dollar per month.

In Lowell, one of the mill owners decided to build an Episcopal Church in town. Since his wife’s name was Ann, he decided the church should be named after her. And, since church attendance would be required of his employees, he also required that they tithe 10% of their monthly wages to the church. They had no choice. It was required.

There was poetic justice in my ordination there. 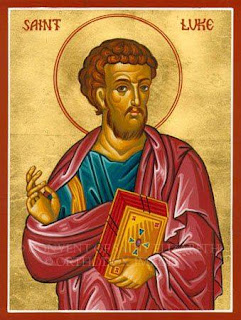 I am the daughter and granddaughter and niece of “mill girls” who worked the mills in the nearby mill town of Fall River, MA.

I am also the daughter and granddaughter and niece of labor union organizers who fought for safe working conditions and fair wages and benefits.

My family became activists and organizers after a fire in one of the factories took the life of my grandparent’s firstborn son and namesake, August Lima Medeiros, Jr.

I am quite certain that the owner of those mills in Lowell rolled over in his grave at the thought of a Portuguese-Azorean “greenhorn” – and, for goodness sake, a woman – being ordained in “his” church.

That is not exactly the vision he had for the future of that church. His wealth and privilege and sense of how the world is ordered would have prevented him from even imaging such a possibility.

Last night, I had a “memory-dream” – a dream that I first experienced the night of my ordination in my bed in the house in Lowell where we lived. It comes back to me every now and again.

I remember being awakened in the middle of the night by a light in the room. As I opened my eyes, the light grew bigger and brighter until it filled the entire room. The center of the light was a pinpoint of open space which beckoned me out of the bedroom. I got up slowly from the bed and softly tipped-toed out of the room to the hallway.

There, I saw the entire city of Lowell illuminated, shining beautifully like a brilliant gem in the velvety night sky. It was not at all the gritty, down-on-its luck city one saw in the harsh reality of the day, with mills long-abandoned and bordered up, waiting and hoping and praying for the next wave of immigrants to make them hum with activity again.

I don’t know why, but I heard myself ask the light, “Am I to stay here?”

I went back to bed and convinced myself that I was just sleepwalking – just a little over-exerted from all the excitement and emotion of the day.

But, that dream has returned and haunted me for years. Sometimes, it just appears. Other times, I invite it back so I can understand deeper layers of its meaning.

Thing of it is, that sound was right. I have traveled far and wide, doing this work of ministry. 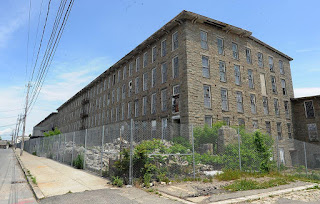 The five years that I was Canon Missioner to The Oasis and worked for Jack Spong, I traveled all over The Episcopal Church, preaching, teaching, presiding and witnessing, mostly in church which claimed never to have met an LGBTQ person before, much less one who was ordained.

I never would have even imagined, thirty-two years ago, that I would be walking the Camino on this anniversary. Or, as a matter of fact, ever.

I posted this poem on my FB page this morning. It is a poem by Antonio Machado that I discovered a few years ago and it has served to sum up my understanding of my vocation and ministry thus far. I have taken it with me these past 32 years of ordained ministry.

It is the second stanza which has really inspired my sense of ministry. I have come to know that the Bees of Heaven will gather my failures and take them to the Queen of Heaven to be blessed and will return to me as white combs to build new ministry and sweet honey to sustain me.

Last night as I was sleeping,
I dreamt—marvelous error!—
that a spring was breaking
out in my heart.
I said: Along which secret aqueduct,
Oh water, are you coming to me,
water of a new life
that I have never drunk?

Last night as I was sleeping,
I dreamt—marvelous error!—
that I had a beehive
here inside my heart.
And the golden bees
were making white combs
and sweet honey
from my old failures. 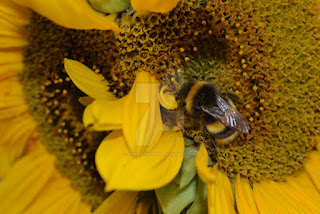 Last night as I was sleeping,
I dreamt—marvelous error!—
that a fiery sun was giving
light inside my heart.
It was fiery because I felt
warmth as from a hearth,
and sun because it gave light
and brought tears to my eyes.

Last night as I slept,
I dreamt—marvelous error!—
that it was God I had
here inside my heart.

The Bees of Heaven have been with me on this Camino, taking all my failures up to the Creator who is blessing it and now, even now, is making of it white combs with which I will build the future of my vocation and ministry.

Tomorrow, we walk 20 km to Santiago.

Buen Camino, amigos. I am so blessed that you have come this far with me.,