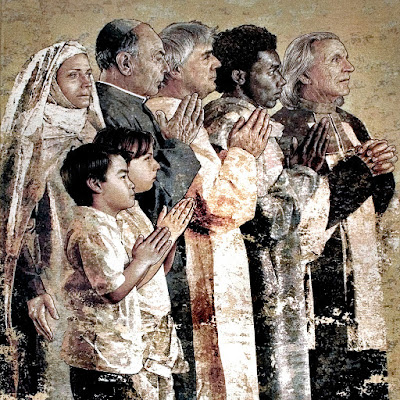 
Today is the day many in the church celebrate All Saints Day. We are allowed to transfer it from Thursday, November 1st to the closest Sunday, and so we have in this church.

I don’t know what you, personally, believe about ‘saints’. Episcopalians hold various places on a broad spectrum of thought about this subject.

Some reject it flat out as ‘Papist rubbish’. Others embrace it fully, even placing statues of various saints in and around the church.

You’ll even find some congregations with banks of votive candles in front of statues of the Blessed Virgin Mary or in one church I know in Baltimore, a statue of King Charles I, the reported last and highly disputed saint of the Reformation who refused to give up bishops in the church and was martyred for his choice.


So, here’s the question many of you have always wanted to know but were afraid to ask: Do Episcopalians believe in Saints? Do we ‘make’ saints the way the Pope does?  Do Episcopalians have their own saints?  No we do not. 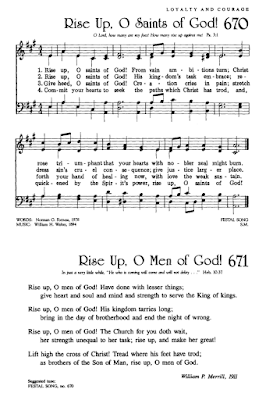 We do have some saints which you can find listed in the Book of Common Prayer, including Mary, Joseph, Peter, Paul, Matthias, Bartholomew, Matthew, Michael, Luke, James, Simon, Jude, Andrew, Thomas, Stephen and John – all new Testament figures.

Episcopal Churches are often named after saints from the post-Biblical age (like, St. Augustine), and those individuals identified by the universal church as saints are often called saints.

But, for the most part, our “saints” are identified as “theologians, bishops, martyrs, etc.”

Saints, for Episcopalians, are people not to pray to or through whom to ask intercession from God; rather, they are heroes of the faith whose lives provide a blueprint of sorts for our lives.

“For the saints of God,"as Scott wrote, are just folk like me, and I mean to be one too."


That is very unlike my highly devout Roman Catholic grandmother who had little shrines everywhere in her house. Indeed, the top of her bedroom bureau was covered with statues of saints with little votive candles in front of them. Under the votive light were little slips of paper with her written prayer petition.

The thing about my grandmother is that she didn’t fool around. If she was going to make a ‘novena’ to a particular saint for a particular petition, that saint had jolly well better respond in the affirmative to her request. 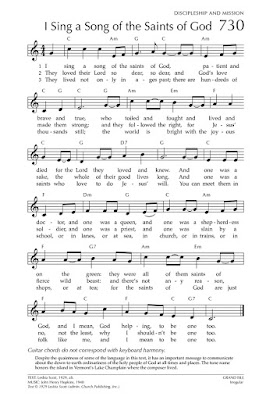 I remember the statue of St. Gerard, the patron saint of families, was always in deep doo-doo.

She would pray to St. Gerard for one of her 15 adult children (she had had 20 pregnancies and 22 children) and, if he hadn’t granted her novena, she would turn him around to face the corner and blow out his candle adding as her finger wagged in his direction, “And you won’t see the light of day again until you answer my prayer.”

I credit my healthy, balanced theology of sainthood from my grandmother.

It always breaks my heart every time I read this morning’s passage from Luke’s gospel and hear Mary say to Jesus, "Lord, if you had been here, my brother would not have died.” It’s so heart-wrenching, that scripture reports, “And Jesus wept.”

But, listen to what Jesus says to the crowd after he performs the miracle of the resurrection of Lazarus.

Remember, Lazarus has been dead four days. When Jesus commands them to roll back the stone, Mary cautions him that “there will be a stench”.

But Jesus prays to God and then says in a loud voice, “Lazarus, come out!” And scripture reports that “the dead man came out, his hands and feet bound with strips of cloth, and his face wrapped in a cloth. Jesus said to them, "Unbind him, and let him go."

Unbind him and let him go.

The first part of the miracle is that Lazarus was raised from the dead. But the second part is just as miraculous. The people had to help unbind him – they had to get near his smelly body and put their hands on the strips of cloth that bound him and remove them.

To my mind, that is the best understanding of the theology of miracles and saints.

It’s not just the intervention of God – it’s not just the miraculous working of Jesus. It also takes all of us – the community of faith – to roll up our hands and unbind each other that we may be ‘let go’ of the death-grip of sin.

To find new life after resurrection.

The stories of the saints are just stories, some of them fantastic. We are the ones who unbind the stories from the past and find within them a blueprint of a life of faith from which we might learn about the miraculous work of God.

And, as Lesbia Scott has taught us to sing, “For the saints of God are just folk like me.”

So, yes, I do look to the lives of the people I’ve known who have died. I don’t pray to them to intercede with God for me. But, I reflect on their lives and what I’ve learned from them. I try to change my life for the better.

I want you to take one moment right now. Close your eyes and call up the faces and names of the saints in your life who have died and passed on to the other side. When you are ready, speak their names, aloud or silently in your hearts.

Take a moment to do that right now. 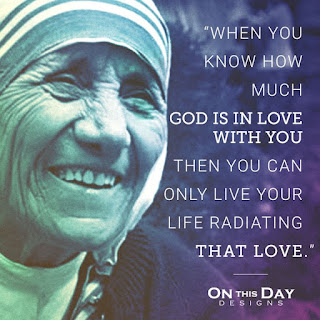 I believe what we say in the Creed every Sunday.

I believe in the communion of saints.

I believe that Jesus kept his promise and has given us the gift of life eternal.

I believe that our ancestors are with us, walking with us, inspiring us on this pilgrimage we call life.

I can’t prove that to you. If I argued the case in court against Perry Mason I would most certainly lose. Which is right. It doesn’t make any sense, actually. But faith rarely does.

Jesus said to the crowd, “Unbind him and let him go.”