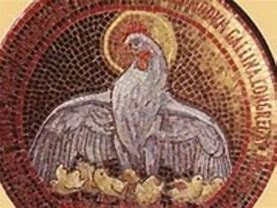 A few weeks ago, it was my privilege to lead a Vestry Retreat on Spiritual Leadership. The rector, a former seminarian of mine, and the Sr. Warden, a very dear friend, had sensed that there was a real spiritual hunger among the leadership – the members of the Vestry and the chairs of the various committees.

They asked for a retreat designed to help leaders find their own sense of spirituality about the work they were elected, or chosen, to do in the church.
The first thing we did together was to examine the word Spiritual and the word Leadership. When I say “Spiritual” what words come to your mind? (Prayer Peaceful. Contemplative. Good listener) Now, let’s do the same with the word “Leadership”. (Organized. Decisive. Charismatic. Motivates.)

Notice the differences? “Spiritual leadership” sounds a bit like an oxymoron, right? Like, “Jumbo Shrimp”. It’s a pretty tall order to be both “contemplative” and “decisive,” or, “peaceful” and “organized”. (Although, I’m usually very peaceful after I get organized.)

Yes, there were areas of overlap and those places are exactly what defines good spiritual leadership. A person who is a good listener is much better able to make good decisions.
There’s that sort of tension between “pastoral” and “prophetic”.  Many of us are clear that we like our spiritual leaders to be pastoral but we’re not so certain about the “prophetic” part.

That’s mostly because we’re not really sure what it means to be “prophetic” but if it’s anything like “evangelism” we’re not sure we want that, either. 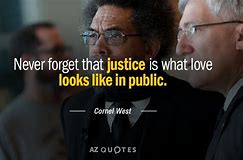 Besides, when the word “prophetic” is used, the word “justice” is often hovering close by and “justice” usually means “politics” and politics in church often means trouble.
“For heaven’s sake,” someone will exclaim, “don’t bring politics into the pulpit. It’s a sure way to empty out a church.”
Well, hold onto your coat check because Jesus is being prophetic this morning. Check it out.

Some of the Pharisees came to Jesus and said, “Hey, you better get out of here. The word is out that Herod wants you dead.”

Well, maybe Herod did or maybe Herod didn’t. Maybe the Pharisees said that to get Jesus out of their way because he had, after all, just healed a woman who had been crippled for 18 years – and he healed her on the Sabbath, which was against Levitical law.
Jesus has absolutely no intention of leaving or stopping his work. “Go and tell that old fox,” says Jesus, and we all know what foxes do, don’t we?

Even if we’ve never seen a fox or a hen house, we know from children’s stories that foxes sneak into the hen house and kill the chickens.  Jesus makes a clever allusion to this when he describes himself as wanting to “gather your children together as a hen gathers her brood under her wings”. 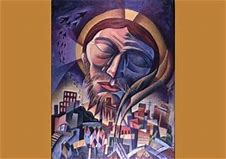 But, he’s not going anywhere or changing anything because the Pharisees – or the government – want him to stop.

He’s being prophetic because he’s being pastoral – he wants to care for his people and that means taking a defiant stand against the government.

He’s being a leader because of his spirituality which moves him to compassion to heal, even on the Sabbath.
I heard a story this week that reminded me of this scripture. It’s the story  - the true story - of WWII.

It’s the story about the country of Bulgaria, which was one of the countries to form an alliance with Nazi Germany.

In 1941, the German government forced anti-Semitic legislation on Bulgaria but the people refused to enforce it.

In 1943, the German government told the country of Bulgaria to deport all non-Bulgarian Jews to the concentration camp at Treblinka but some high Bulgarian government officials stopped the process from happening.

Finally, the German government demanded at all Jews – ALL Jews – in all of Bulgaria be rounded up and sent to the train station to be deported.

And, it happened that this time, Bulgaria obeyed.

All over the entire country of Bulgaria, from east to west and north to south, every man, woman and child of Jewish origin was rounded up and marched to the train station where they awaited to be boarded onto a train and deported.

Except, a Bulgarian man from the military, and one from the legislature, and one religious leader who lined themselves up in front of the thousands of Jews who stood at the train station. 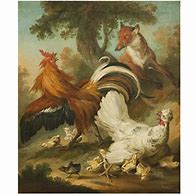 And, they said to the Germans, “You can take the Jews. But, you must kill us first.”

Hear their words again and let them sink in: "You can take the Jews. But, you must kill us first."

And, they wouldn’t move.

They stared each other down, these three men: the military man, the lawyer and the religious leader and the German soldiers.

And then, they walked through the German soldiers and escorted them out of their country.

And, every year, on the anniversary of this event, the people in the town gather to celebrate what they call, “The Ceremony of the Ungiven.” They say prayers and light candles and sing songs and they remember the three men who put their lives on the line to save the lives of thousands of others.

What would you do? If tomorrow, we received an order to round up all those who were not born in this country and told we had to deport them back to the country of their origin, what would you do?

If, after that, we were told we had to round up all the Jews and Muslims, everyone who wasn’t baptized Christian, and deport them? What would you do? Would it matter if they were strangers? What if your daughter married a Jew? What if your grandson hadn’t been baptized?
Would you stand in front of all those people on that train platform? Would you look the soldiers in the eye and say, “You can take them. You can deport them. But, you’re going to have to kill me first?”

I’d like to think that I would do just that. Then again, I remember the times when I saw small acts of ignorance or bigotry and I kept my mouth shut. I remember times when I said nothing because I didn’t want to be seen as ‘political’. I didn't want to cause (gasp!) controversy.

If I can’t trust myself with the little things, can I really trust myself to do the right thing when major things happen? 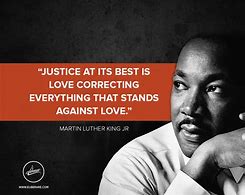 I remember Bishop Spong saying, “The church will die of boredom long before it dies of controversy.”

Would you be a Spiritual Leader? Would you put what you believe into action, even if it meant risk? That a part of you would have to die that someone might live?

Would you consider whether your actions were prophetic or pastoral or would you simply do what needed to be done? Would you be concerned about being too political – or, political at all?

The spiritual hunger in our lives is real. It makes us afraid and anxious. We live out of a sense of scarcity in the midst of abundance. We eat the fast-food “Bread of Anxiety” which never satisfies.

Some of us have been starving for so long we’re numb to the hunger. Or, we think it's normal.

We live in an age of pandemic anxiety and loneliness which, to me at least, suggests a scarcity of people willing to take the risk of giving themselves.

But, the thing of it is that this – THIS – is the prophetic task of the church.

Let me break that down: To create a safe space where the truth can be told, where grief can be expressed, where hope – which Dickenson wrote is a thing with feathers – can live and thrive and float on the very air we breathe.

If the church is not willing to take the risk of doing these things, who will?

This Lenten Season, I urge you to consider a spiritual discipline that will help us – as individuals and as a Church – to answer that question. Instead of “giving up” something for Lent, why not consider “giving away” something for Lent? Got two (or three or four) coats? Why not give one away?

Got stored up resentment or anger or anxiety? Why not give it away in reading or meditation, exercise or prayer?

Pay attention to your body. It’s one of the ways you’ll gain awareness about what it going on in your soul. 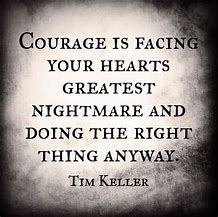 Do you feel tension anywhere? Work on releasing it. If you feel you fists clench, try relaxing and opening them. If your fist is clenched tightly, it’s probably a good indication that your heart is tightly closed as well.

Make it a practice to say hello to someone who looks different from you. Look that person right in the eye and say, “Good morning.” Say it like you mean it. Practice random acts of kindness with unsuspecting family members. You’ll be amazed at the response.

Yes, Lent is a time for repentance and inward contemplation but it’s not a time to retreat from the world around you.

No matter where we hide, what our personal preference for peace, solitude, even isolation might be, the true needs of the world seek us out, in time – perhaps not as dramatic as the people of Bulgaria experienced, or as life-threatening as Jesus knew it – but we all confront moments when the world reaches out and compels us to be what God calls us to be: light to the world, which finds and filling its darkest corners not with words, but with the living presence of God in each and every one of us.

My prayer is that we as individual and together as Christ Church, might find the spiritual nourishment in this Lenten Season to grow into what our baptismal prayer calls “the full stature of Christ,” that all who see and know us will be able to say, “Blessed is the one who comes in the name of the Lord”.