Motherhood and The Good Shepherd 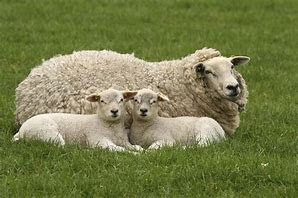 The Trouble with Sheep - And, Mother's Day
Christ Episcopal Church, Milford, DE
May 12, 2019


Today is Mother’s Day. It’s also the Fourth Sunday in Easter which traditionally is known as ‘Good Shepherd Sunday’.

Mother’s Day – like Father’s Day – carries with it its own set of difficulties. For some of us, it is the pain of having lost our mothers to death.

For other’s it’s the pain of having our mothers alive but part of the relationship is, if not painful, less than satisfactory. Some of us live with regret of never having had children, while others are working hard to keep our delight at not having had children a secret so as not to be judged abnormal.

And then there are those days when we scratch our heads and wonder why we had children at all – until, one fine day, we become grandparents and it all becomes clear.

There are lots of other complicating factors like miscarriage, stillborn, adoption, foster care, etc., but you get the gist. It’s a preaching field loaded with pastoral landmines.

Truth be told, I have never liked ‘Good Shepherd Sunday’, either, but I’m feeling suddenly grateful to have to preach about good shepherds and sheep than motherhood.

So, then, let’s talk about sheep, shall we? It’s ever so much easier than talking about mothers. 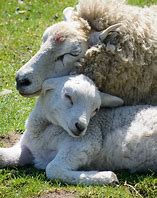 It’s not that I have a problem with Jesus as ‘the Good Shepherd.’  It’s that, if Jesus is the Shepherd, then we are the sheep.

I don’t know about you, but I don’t much like being considered a dumb sheep. If I’m going to be part of the Flock of Jesus, I’d much rather be part of a flock of birds, thank you ever so much.

Let me restate that: I have never liked ‘Good Shepherd’ imagery – until – I was in England about 20 years ago and had the opportunity to talk with an actual shepherd.

I was spending the summer of 1998 in England, finishing my work on a diploma in Urban Studies at the University of Sheffield, before heading down to Canterbury where I would be attending my first Lambeth Conference.

As you may know, driving in England is a bit of a challenge – they do, after all, drive on the wrong side of the road. I’m here to tell you that they do this knowingly and willfully, having had this pointed out to them many times by both the French and the Americans. The only people the English hate more than Americans telling them how to speak English or how to drive is the French telling them anything (Right, Robert?).

At any rate, while I was at University, I drove a car. The other challenge about driving a car in England on the wrong side of the road – besides the fact that the roads are so narrow and winding and the British drive as if they weren’t – is that, when you drive in the country, you are apt to come to a full stop, right in the middle of the road, for sheep crossing.

It’s not just that you have to stop, it’s that you are at a full stop for quite some time. Ten, fifteen, oh, sometimes twenty or thirty minutes, depending on the size of the herd – and, to be perfectly honest, the attitude of the shepherd. 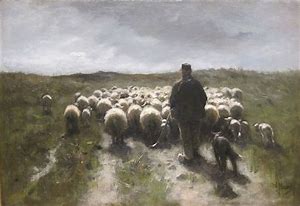 That happened quite a bit when I was in Britain that summer, so I often found myself striking up a conversation with the local shepherd. Eventually, over the next few weeks, we developed something of a relationship. In the process, I got to know quite a bit about sheep.

Here’s the thing I learned best about sheep: the problem with sheep is not that they are dumb. They are decidedly not. Sheep have a very keen sense of smell. They can actually smell the new green grass and they can smell where the water is and they know how to find it. They really don’t need a shepherd to find it for them.

The problem with sheep is that they can get so excited about getting to the new green grass and the water that they don’t watch where they are going. They can trip over each other and hurt each other – especially the new little lambs. They will run into big trees or stumble over rocks. They have even been known to head over a cliff because they smelled the water and grass beneath.

As I considered what my shepherd friend was saying, the whole Good Shepherd thing began to make more sense. We’re not dumb sheep, but sometimes, we do get excited about life. 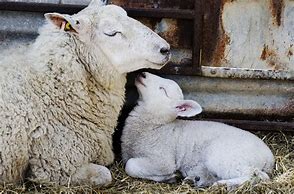 Well, at least I do. I have been known to go running off with half-baked plans that were doomed to fail until, in prayer, Jesus sort of tapped me on the shoulder with his shepherd’s crook and said, “Hang on. Wait just a minute. Have you considered every aspect of this idea of yours?”

I was feeling a bit better about the whole Good Shepherd Sunday thing, but a question continued to nag at me.

As luck would have it, I got a chance to ask the question of my friend the shepherd before I left.

“Ah,” said my friend, “that’s the other thing about sheep. Not only are they not dumb, but they have a great sense of smell.”

“Well, yes, you’ve already told me that,” I said, wondering whatever any of that had to do with the price of wool.

My friend smiled and said, “You see, I smell like them. When I help with the birthing of new lambs, or when I sheer the sheep, there is a sort of lanolin that is given off. After a while, that lanolin gets under your skin. You can’t smell it, but the sheep can. They know my smell and they know that I am one of them. And so, they follow.”

And then, I got it. Like a dumb sheep finally smelling the new, green grass, I got excited and said, right out loud, “Oh, I get it! Duh! It’s the Incarnation, stupid!”

My shepherd friend, thinking that I was talking to him and questioning his intellect, got a bit startled and then distressed. I quickly explained to him that, suddenly, this passage of scripture from John’s gospel made sense to me.

We like to say that, “God came to earth and put on human flesh”. God got ‘under our skin’ the same way that the lanolin from the sheep gets under the shepherd’s skin. Ah, see? God in Christ Jesus smells like us, so when God speaks to us in the name of Jesus, we hear and recognize God’s voice. And, we follow. It was a very exciting new thought, I told my friend.

Well, I got so excited about this new insight that I tripped over a rock and fell flat on my backside. I called to the shepherd, “The problem with sheep is not that they are dumb but that they get excited, right, mate?”

And, I started to laugh. So did my shepherd friend.

Some of the wee lambs and momma sheep came over to check me out and make sure I was okay.

“Careful now,” my shepherd friend called out. “Besides the smell of lanolin, the other way sheep know you is if they pee on you.”

I wasn’t that dumb. And, my mamma didn’t raise no fool. I got up very quickly.

Jesus said,“My sheep hear my voice. I know them, and they follow me.” 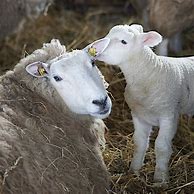 Please join me in this prayer:

Gracious God, who got “under our skin” in the incarnation of Jesus and whose voice we hear and know and follow, on this Mother’s Day we give thanks to you for the divine gift of motherhood in all of its diversity and various forms. We ask your blessing upon all the mothers among us today; for our own mothers, those living and those who have died; for the mothers who loved us and for those who fell short of loving us fully; for all who hope to be mothers someday and for those whose hope to have children has been frustrated; for all mothers who have lost children and for those who have mothered the children of others and made for them a home; for all those – women and men – who have been our mothers when we needed mothering most; and for Mother Earth that gives us life and provides our sustenance. We pray this in the name of the Holy Trinity, One God, who comes to us in all the diverse ways we need God: Father, Mother, Brother, Sister, Guide and Friend - and, sometimes, by your grace, as sheep and Shepherd.