Don’t be afraid. Be ready.

I have some clergy colleagues who call this passage from Luke’s Gospel, “Boy Scout Jesus.” The Boy Scout motto, of course, is “Be prepared,” which means you are always in a state of readiness in mind and body to do your duty.

In this morning’s Gospel, Jesus is comforting the people and then tells them a parable about a bridegroom (some translations are "master" but others use "bridegroom"). Now, that’s a very interesting image for Jesus to use. A bridegroom.

Indeed, a bridegroom who has just returned from the wedding banquet. It’s in the middle of the night. One can only imagine that what is on the mind of a bridegroom (ahem) is NOT serving his servants.

And yet, this is exactly what Jesus tells us we should do. Be Boy Scouts. Be prepared. Be always in a state of readiness in mind and body to do your duty.

Don’t be afraid. Be ready.

As I’ve considered this Gospel and what message it might have for us today, with all that is going on in this country and the world, I’ve heard a few songs  from the 60s in the back of my head.

Now, there is a saying about the 60s that rings true with me. It’s that, if you can remember the 60s, you probably weren’t there. And, if you don’t get that joke, well, we’ll talk after church.

I was an infant (ahem), of course, but these days, nostalgia for that decade is running high.  Whether you were there to witness it or not, many of us celebrated with great pride the 50th anniversary of the moon landing last month.

The "Summer of Love," Woodstock's anniversary, is this week.

Mets fan will be hard pressed to forget that ‘miracle run’ when they won the World Series over the Baltimore Orioles in 1969. Or, at least, the Mets fans in my life won’t ever let me forget.

Those were also turbulent years of student revolution, four dead in Ohio, the Vietnam War, the riots against the injustice of racism and protest marches for Civil Rights, the bra burning of the early Women’s Movement, the Stonewall Riots, the assassinations of JFK, Malcolm X, MLK and RFK, and the watershed moment of the church, Vatican II, which also deeply affected The Episcopal Church and planted the seeds which resulted in the 1979 Book of Common Prayer and the 1982 Hymnal.

In my view, that decade produced some of the best music as the relatively new genre of rock ‘n roll began to mature and deepen and fuse with rhythm and blues and jazz and soul. A few of those songs have come to visit me this week, to help me make sense of senseless acts of cruelty and bigotry.

It was when I heard Marvin’s plaintive voice that I found permission to weep openly for a country that I deeply love. I'm not ashamed to admit it. I love this country.

That love was instilled by my grandparents and parents, immigrants who fled their beloved country of Portugal, looking for a better life for themselves and their children and grandchildren. I stand before you today, in this pulpit, a grateful debtor who will never, ever forget their sacrifice and hard work. I am here today because of them and their sacrificial love.

I'm  sure there are those of you here in church this morning, who have your own stories from your immigrant parents or grand or great grand parents. Everyone in America – except for those who are indigenous to the land – came here from a different place.

They may have come here intentionally or they may have been brought here forcefully against their will, but all of us have roots in other lands.

If you don’t know your story, ask about it. Study it. Learn it. Become a grateful debtor to their sacrificial love. 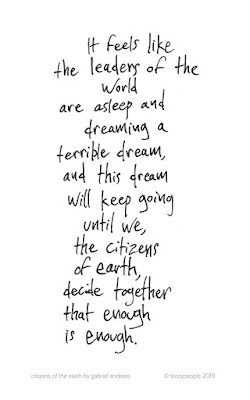 As I wondered, with Marvin, “What’s going on,” I began to hear Paul Simon’s words in his song, “American Tune,” which he wrote after the election of Richard Nixon. The tune is actually one we sing every Holy Week, “O Sacred Head, Sore Wounded.”

One of the great civil rights songs – part of its spirituality, really – was sung by a man named Curtis Mayfield, People Get Ready.

If you don’t know Curtis Mayfield you’re either too young or frankly, you may be too white. You certainly need to spend more time listening to and being inspired by Gospel music.

Google him. Listen to his music. I’ve been thinking of the haunting lyrics of that song, especially for today’s Gospel lesson:

There were many reasons to be anxious and fearful during that decade, but Mayfield understood that there was something greater on the horizon, and you could hear it like a distant train.

Or, as St. Paul says in his letter to the Hebrews, "Now faith is the assurance of things hoped for, the conviction of things not seen."

And, Jesus said, Don’t be afraid. Be ready.

We are in another time of deep social unrest. There are many reasons for many of us to be anxious and fearful. According to data from the nonprofit Gun Violence Archive (GVA), which tracks every mass shooting in the country, as of August 5, which was the 217th day of the year, there have been 255 mass shootings in the U.S. Just in the last past two weeks, more than 100 people have been shot!

The Justice Department defines a mass shooting as any single incident in which at least four people were shot, excluding the shooter. So, while the 7 random deaths in Chicago to gunfire over that same weekend are included in the body count, they do not count as ‘mass shootings’.

Think about that for a minute. Can you hear Marvin singing, "What's going on?"

On Wednesday, 680 undocumented immigrants were rounded up in a massive enforcement sweep throughout six Mississippi cities. It was the first day of school, so their children were left weeping for their parents on the street. As of this morning, not one of their employers or the plant owners, who illegally employed these undocumented immigrants, was charged with any offense.
On Thursday, a home in Sterling, OH – a small town about 25 miles outside of Akron – was leveled and completely destroyed by an explosion. It was home to an interracial couple who were one year away from paying off the mortgage. It is being investigated as a possible hate crime after officials found a crude swastika and misspelled anti-Black slur spray-painted nearby.

Can you hear Marvin’s plaintive voice asking, “What’s going on”?

To which Jesus answers in this morning’s gospel, Don’t be afraid. Be ready. 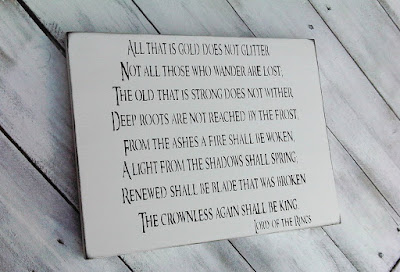 Let me inject a personal note here to say that this sermon is most definitely not a partisan political tirade. You are hearing the words of someone who cares desperately for all – ALL – of the children of God.  As Presiding Bishop Michael Curry has said,

So, how are we to respond to these words of Jesus? How can we turn our fear into courage? How can we transform our thoughts and prayers into meaningful action?

There are many ways we can help – almost too numerous to include in any meaningful way in this sermon.

Our own bishop, Kevin Brown, has released several really strong video blogs, calling us to prayer and action, including going to the web pages of those dioceses that are on the Southern Border, and web pages of The Episcopal Peace Fellowship, and the Episcopal Migration Ministries and web page of the more than 100 bishops, including Bishop Brown, who are members of the Episcopal Bishops United Against Gun Violence and supporting or joining in their ministries.

But, here’s what I want to say. Here’s how I hear the words of Jesus when he says, “Don’t be afraid. Be ready.”

I want to say that I and many others in this congregation here this morning lived through the turbulent 60s and 70s.

We lived through the 80s  “conspicuous consumption” with big hair and disco and MTV and HBO and over-inflated budgets and the cruelty of the early days of the AIDS pandemic. We saw the rise of multiculturalism and alternative media, and the grunge and rave and hip hop musical movements of the 90s and yes, we survived.

And yes, we survived the Unholy Trinity of the attack on the World Trade Center and the Pentagon and Flight 93 in Shanksville, PA, and in the 18 years since then, we’ve been struggling to regain our balance.

I want to say that this is not a political problem.

It’s not a conservative or liberal problem.

It’s not an economic or immigration problem.

It’s not a black, white, brown or problem of any other flesh tone.

It’s not a problem of video games or mental illness, and serious problems they are.

It’s not a problem of how we pray or to whom we pray or where we do or don’t pray or the name by which we know and name God - or whether or not we even pray at all.

No, the problem facing our country today is a soul problem.

I want to say that when I hear Jesus say to us this morning, “Don’t be afraid. Be ready,”  I hear it as a call to the very soul of the people of this country.

I hear it as a voice saying that we may have gone astray, but we still know the way. For us, Jesus is the way.

We may not be out of the woods, but we’re on the path. Jesus is that path.

Let those words be your guide through the turbulence of these dark, troubling days.  Let them inform the choices you make in your life, with your family, in your work, with your neighbors. 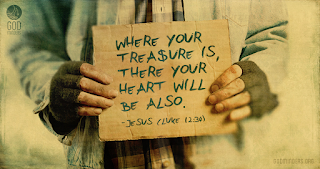 In the late 60s, Curtis Mayfield sang, People get ready / There's a train to Jordan / Picking up passengers/ From coast to coast / Faith is the key / Open the doors and board them / There's room for all / The loved, the lost.

You don’t need no ticket, you just thank the Lord.

Now, turn to your neighbor and say, “Don’t be afraid. Be ready.”

And, now say it again to yourself so you can hear yourself say it in your own heart and let the words move down into to your very soul wherein lies your spiritual treasure, “Don’t be afraid. Be ready.”

As Jesus also teaches: “For where your treasure is, there your heart will be also.”

Mothers, like Rachel, weep and weep and weep
Their hearts break
The killing is senseless: here, there, and everywhere
We are killing mothers, fathers, sisters, brothers, daughters, sons, friends.

Our Lady Mother of Ferguson and All Killed by Gun Violence has one plea to all humanity,
“My children - hands up, don’t shoot!!!”

We must keep our hands up and march, vote, advocate, resist, preach, witness, change laws, change lives ... save lives.

We keep our hands up, because we will not give up the fight (no matter how long it takes) until humanity stops shooting.

Our Lady Mother of Ferguson and All Killed by Gun Violence has one plea to all humanity,