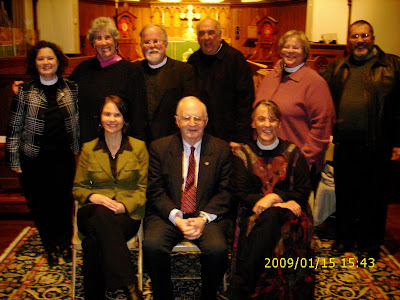 The documentary was shown first and I must say, it gets more powerful every time I watch it. I 'hear' different things.

"An abomination" refers to the prevailing cultural and religious standard in that day. This is why the prohibitions against homosexuality are in with other sexual restrictions, like having sex during a woman's menstruating cycle, as well as dietary abominations, etc.

Leviticus is all about building up those who had fled from Egypt having been held in captivity and in bondage for all those centuries. Let's not waste "seed", which they felt was nascent and contained everything for procreation, on mastorbation or having sex when fertilization is not as possible or with another man.

It was also a way for the community to have a sense of atonement with God for whatever it was they had done (shame and blame) to anger God so that they ended up in slavery. If we can stay pure, the thinking went, we can stay closer to God and the closer we are to God, the less likely harm will come to us.

The prohibition against homosexual acts (because homosexuals as a demographic of people was not known in antiquity) was so powerful because it instilled a fear of God, a national and religious identity, and misogyny (Don't let our men be treated like women), all in one.

That was helpful to hear again.

My panelists were all brilliant. You can see us all in the pictures, together with the organizers. There's Bishop Bud Shand, the big guy in the blue sweater standing next to Mark Harris and directly behind Ted Mollogen there, in the middle chair (fourth one in from the left).

The Cathedral was PACKED, the questions were thoughtful, the food was delicious and the hospitality couldn't have been more generous and gracious.

I am convinced that it is from gatherings such as these that real social and spiritual change happens. That gathering last night was more effective than any 10 resolutions that have or might pass General Convention.

So, from that heady experience to the mundane. It's Friday. My day off. And, there are chores to do. I'm off now to Dover, DE to have my car serviced, then to RB to get my hairs cut (And not a minute too soon. I am having a Very Bad Hair Day).

Another day, another fifty cents in the Realm of God.

I must say that, on the drive down here yesterday I had this thought in my head. I woke up with it this morning. I think I'm meant to share it with y'all:

So now g'won. Get on wid yo sassy selves. I'll catch up with you later.

Update: Thanks to Kelly Malone, one of the organizers of this event, for identifying everyone in the picture.

Posted by Elizabeth Kaeton at 7:42 AM

"I am convinced that it is from gatherings such as these that real social and spiritual change happens. That gathering last night was more effective than any 10 resolutions that have or might pass General Convention."

That's absolutely what I am thinking because it focuses on an incarnational relationship rather than bureaucracy. So how do we change how our national church and dioceses do councils/conventions? What is the purpose of us spending lots of money and time for such gatherings only to have winners and losers and not spiritual experiences. Just early morning thoughts.

The Dio of Easton is a great place. I found the time I spent with them at their convention to be one of the most fufilling meetings I have ever attended as a Christian.

They went through all the effort to pose the picture and they couldn't quite get it in focus. The mind bogles.

I've always figured that for a little race of nomad people, survival hinged on two things...breeding...and not letting infections run rampant through the community. The folks entrusted to run this community had to put weight on these two issues...and what better weight to use than, "Hey, I didn't say it, God said it!" In my mind, that is 99% of the reason for the sexual prohibitions in Leviticus...cuz if it ain't makin' babies, it ain't sustaining the community.

But in this day and age of exploding populations and shrinking resources, I can't believe God is too concerned about baby making for survivability any more.

I have been searching for info re this film being shown in Australia and am now delighted that my own church is showing it on Jan 31 in a seminar entitled Bible, Sexuality and Inclusion. When I asked, I learnt that +Gene Robinson had donated it to us when he visited over a year ago.