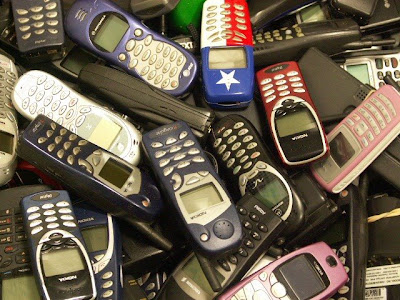 I don't know about you, but I've gotten some emails with an urgent time-sensitive plea to register my cell phone with a "DO NOT CALL" government site which blocks unwanted telemarketing phone calls.

Turns out, the information is mostly correct.

You can get the correct information here.

The U.S. government has established a "do not call" registry where you can list phone numbers you want blocked from unsolicited calls such as from telemarketers.

That registry is for both wired and mobile phones and there is no deadline by which a phone number needs to be listed in order to be protected from telemarketing calls.
There is not a separate cell phone registry.

The registry is at: www.donotcall.gov.

According to the Cellular Telephone and Internet Association (CTIA), a cell phone directory is proposed that would be available through calling directory assistance only, not published in writing or on the Internet.

So far, there is not a set date when that will be done and the CTIA says the numbers are not going to be "handed over" to telemarketers.

Users would have the option of not having their numbers listed in the directory.

Some telemarketers call some phone numbers regardless of whether they are listed in directories because they use devices that dial numbers in sequence looking for working numbers although at present, they are prohibited by law from including cell numbers.

The version that claims that the cell companies are being required by law to release the names by June 1, 2006, is also a hoax.

Thanks to a friend in Pittsburgh.
Posted by Elizabeth Kaeton at 10:18 PM

The FCC has a page all about this and it can be found at: