One, cold Saturday morning: A Metaphor 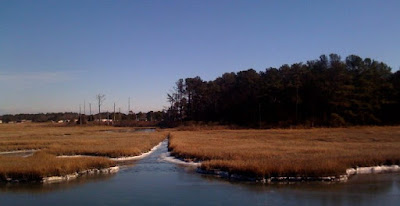 Yes, it's that cold.

The frozen water clings to the marsh like ice on an old man's beard. 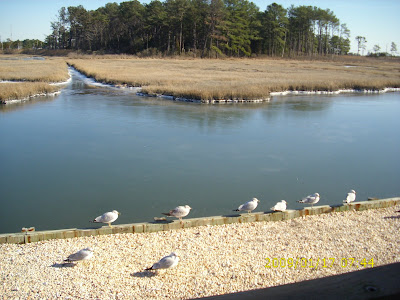 I figured the gulls must be hungry. They were gathering at the peer, all hunkered down against the cold chill. I felt sorry for them, even though most of the time they can be pretty annoying.

They shriek all the time and for no apparent reason other than to hear themselves shriek. And, they "drop" things on the deck - shells, half-eaten crab carcasses, and well, let's just say, "the remains of the feast."

This morning was too cold for them to even shriek. Since the water is frozen, they can't get any fresh fish or crabs from the marsh. 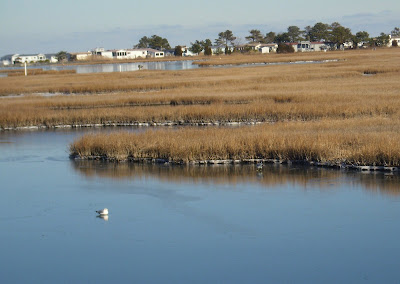 This poor gull was too cold to fly, so he just stopped on the ice. Poor baby.

So, I gathered up some stale bread and flung it out to them. As a special treat, I even opened up a can of tuna and spread it out on the ice. 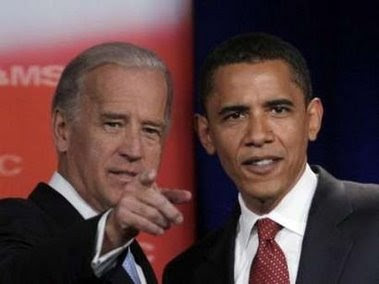 At this moment, the Inauguration Train is making its way from Wilmington, where Joe Biden lives, through Baltimore, to Philadelphia, before making their way back to Washington, DC for the historic inauguration on Tuesday.

I lived for a few years in Baltimore and knew sons and daughters of interracial parents who had not been allowed to marry in that city because interracial marriage was against the law.

That heinous law was repealed less than 40 years ago. And now, two generations later, here come Obama and Biden, elected President and Vice President of the United States - an interracial 'couple' such as could never have been imagined 40 years ago.

As I've watched the train make it's way, I've already gone through a box of Kleenex. It's simply amazing. I can't imagine what it's like for some of my friends.

In some ways, the frozen marsh and the train are a bit of a metaphor for me.

I do not count Obama as 'The Messiah'. I do think Dubya and Cheney deserves as much credit for creating the climate which made the election of BHO possible, if not even inevitable. I also believe that we are the hope we want. It's up to us, now, to be vehicles of that hope and agents of change.

But, you know, that train is as exciting and welcome to me as that bread on the frozen water was to those gulls.

It holds the hope that someone knows. Someone cares. Someone is doing something - even a little something - to change the present reality.

On this one, cold Saturday morning, I find myself occasionally weeping with gratitude.

Since when have you Protestants been priests? I thought the whole 'bread becomes Jesus' thing was an ignorant dago superstition.

Did I actually allow someone to post something with the words'ignorant dago superstition' on MY blog.

Oy g'vey... I just wanted to say something about the metaphor.

It takes all kinds I suppose.

Putting Fred's brilliantly insightful commentary aside for a minute, thank you for feeding the birds. I am touched by your tenderness towards the birds.

Phred pops from time to time. I think he is one of our trolls, but throw him bread anyway, because his soul needs feeding. Even from Protestant Priest.