Meanwhile, back in the political arena. . . 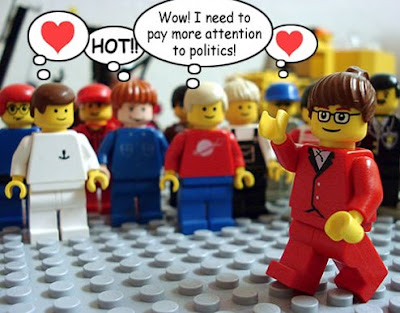 I have really struggled with the nomination of Sarah Palin as VEEP.

I cringe when Bill Maher calls her a "Bimbo." (Well, that's with all the expletives deleted.) Something inside me aches when even conservative Republican (and gay man) Andrew Sullivan rails, "She's a JOKE!"

Her two "main stream media" interviews (as she called them) - especially the one with Katie Couric - were painfully embarrassing. Humiliating, in fact.

There was a part of me that really, really wanted her to do well Thursday night. She's a woman. She's the governor of Alaska. She's been nominated VEEP.

Did I mention that she's a woman? As a woman, I want her to succeed. I want someone who can take Peggy Noonan's joyful if inappropriate "She KILLED!" assessment of Palin's . . . um . . . "performance" and, instead, earn a respectful, deserved, comment like: "She was skillful, intelligent and articulate."

I want someone who will make Chris Matthews eat all the sexist remarks he made about Hillary. I want someone to make Pat Buchanan sputter and spin in the face of an intelligent, articulate woman, just the way Hillary did, so that he's reduced to saying inane things. . . like, he doesn't want her as POTUS or VEEP because he "doesn't want to spend the next four years watching her grow old."

Palin ain't it. She's not a bimbo and she's not a joke, but she is, in fact, the very embodiment of sexism. You can dress her up in Armani silk, put red shoes on her feet, and - dare I say it? - she can wear a matching shade of lipstick, but she ain't no feminist. Not "new." Not no way. Not no how.

Indeed, Ms. Palin seems to be living in some sort of 'alternative universe' where if you don't like the question, you simply ignore it, no matter how important it is. 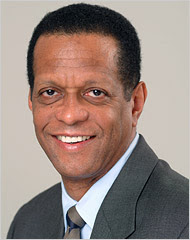 NY Times OpEd Columnist Bob Herbert in an article by the same title, said this:

Here’s Ms. Palin during the debate: “Say it ain’t so, Joe! (Note: Now we know why she asked Sen. Biden before the debate began if she could call him "Joe". She wouldn't have gotten to use this well-rehearsed line if she hadn't.) There you go pointing backwards again ... Now, doggone it, let’s look ahead and tell Americans what we have to plan to do for them in the future. You mentioned education, and I’m glad you did. I know education you are passionate about with your wife being a teacher for 30 years, and God bless her. Her reward is in heaven, right?”

If Governor Palin didn’t like a question, or didn’t know the answer, she responded as though some other question had been asked. She made no bones about this, saying early in the debate: “I may not answer the questions the way that either the moderator or you want to hear.”

The credit markets are frozen. Our top general in Afghanistan is dialing 911. Americans are losing jobs by the scores of thousands. And Sarah Palin is making sure we know that the chant is “drill, baby, drill!” not “drill, drill, drill.”

Now, it was bad enough to have Dan Quale as VEEP, but it was a long time to hold your breath, hoping he never got to be President. We've had eight years of the Present Occupant - even McCain and Palin want to distance themselves from this National Embarrassment.

If the McCain/Palin ticket is successful (God forbid!), Palin is close enough - "a heart beat" (or assassination attempt) away - to being the nation's president as to make me break out in a sweat just thinking about it.

As scary as that is, she made very, very clear that she agrees with Dick Cheney's interpretation that the VEEP is a member of the executive AND legislative branches, affording that position more power than has previously been interpreted.

Why, she's not just a Political Maverick, she's a Constitutional Maverick, too! Yee-hah! And, it's okay, you see, because she's simply following the lead of a man. 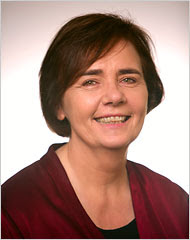 "This entire election season has been a long-running saga about the rise of women in American politics. On Thursday, it all went sour. The people boosting Palin’s triumph were not celebrating because she demonstrated that she is qualified to be president if something ever happened to John McCain. They were cheering her success in covering up her lack of knowledge about the things she would have to deal with if she wound up running the country."

I want to cheer for a woman who is an intelligent, articulate, compassionate, strong woman - even if she is a Republican.

Excuse me while I take out my Hillary button and have a good cry.
Posted by Elizabeth Kaeton at 4:53 PM

Aha! This is what we brits call the Thatcher paradox. Mrs T was intelligent, articulate, and a superb infighting tactical politician. What she did was largely, it turns out, made up as she went along. Although not a feminist, she couldn't help moving the goalposts somewhat. However
(1) she made it by being the best man in the room (in an unreconstructed way), and this in itself emphatically underscored some of the old stereotypical attitudes
(2) She made her party unelectable for a generation (John Sargent's book "Maggie" explains how ad why this was so, and cast a long shadow over women in UK politics who actually wanted to be women.
(3) Perhaps in a country that has countenanced female heads of state (what John Knox called the monstrous regiment of women) since 1553, including three of the greatest, Thatcher wasn't such a big deal after all.