The Prophets of Advent I: Tamar of Judah 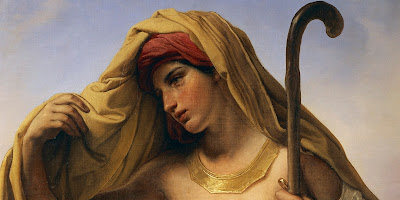 Tamar is the first women mentioned in the genealogy record in Matthew 1:1-17.

Her story is sandwiched in between the story of Joseph being sold into slavery by his brothers in Genesis 37 and his encounter with Potiphar's wife in Genesis 39.

Tamar's father-in-law, Judah, was one of Joseph's older brothers. Her story really begins in Genesis 38, when Judah leaves his father's house and marries a Canaanite woman who bears him three sons.

Tamar had married Judah's eldest son, Er, who, we are told, so grievously offended God that he died before the two could have any children.

According to custom of that day and time, Tamar is entitled to an heir, so she was given to the next oldest son, Onan. Unfortunately,  Onan also does not live up to his obligations and he, too, dies an untimely death.

Judah has one more son but he is too young to marry. This places Judah in a dilemma and he actively seeks to get out of his obligation to Tamar.

It would have been acceptable for Judah himself to serve as a surrogate.  But rather than recognizing that the deaths of his sons are the consequence of their own choices, Judah blames Tamar (hmmm . . . do we recognize a pattern of behavior here?)

Judah goes against custom and sends Tamar to live as a widow in her father’s house. As time passes, Tamar realizes Judah is not going to do the right thing. In fact, he has chosen not to act at all, making no provisions for her future and putting his own family in danger of extinction.

In those days - as still is in some places in these days - women had no legal recourse when the men who controlled their destiny chose to mistreat them. So Tamar is faced with a serious choice: submit to Judah’s authority or come up with a way to conceive within his family.

Tamar devises a plan to trick Judah into helping her conceive a child. She disguises herself as a prostitute and Judah - well, what's a man to do? - takes "advantage" of her offered .... "services". 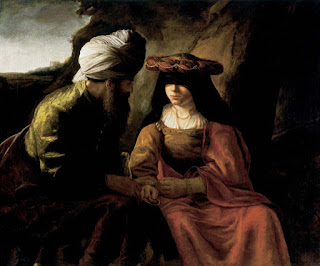 Tamar asks Judah for a good faith sign of his willingness to compensate her. Judah leaves her with his signet, cord, and staff. (This would be the Near Eastern equivalent of legal identification by today’s standards, and this evidence will prove her innocence later on, saving her life and the lives of her children.)

When it becomes obvious that Tamar is pregnant, Judah is incensed at the shame brought upon his family and calls for her to be burned.

When Tamar sends him his seal and staff, he realizes what has happened and admits that he is the father.  Not only that, Judah actually praises Tamar for her actions.

Of course, the story has been told by the church fathers as a story of "adultery" or "revenge" or "common prostitution" and, of course, Tamar is the one who is wicked.

Truth is, when you understand this story in the light of its ancient cultural context, you understand that what Tamar did, while perhaps morally suspect, was the only path open to her to seek justice for herself and to secure the inheritance of the family of David.

Tamar was then doubly blessed for realigning the House of Judah with God's purposes, giving birth to twin boys, Perez and Zerah, both of whom are named in Matthew's genealogy (Matthew 1:3). 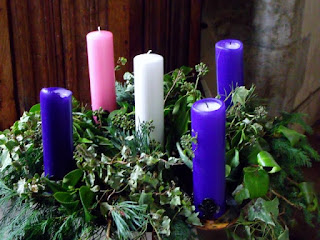 So, when you light the first blue candle of your Advent wreath this evening, remember the story of one of the women in the genealogy of Jesus.

Remember Sister Tamar and her courage and tenacity, her intelligence and bold imagination which led to her ability to achieve justice for herself and her family.

“From Judah will come the cornerstone.” Zechariah 10:4a

Holy God, give us the strength and courage and bold imagination and intelligence of Tamar, that, when the path of justice has been blocked, we might find a way to overcome all obstacles, even if by risking travel on different - if even questionable - road.
Posted by Elizabeth Kaeton at 2:53 PM

Email ThisBlogThis!Share to TwitterShare to FacebookShare to Pinterest
Labels: Prophets of Advent

She is the salt of the earth.

Thank you so much for this.