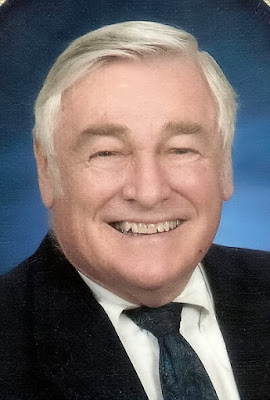 There is an old, abandoned monastery outside of Paris – well, there are many no doubt – but the memory of my visit to this particular monastery comes to visit me every now and again.

I was there with several girlfriends of mine – we had just graduated from high school and were taking the summer to hitchhike through Europe which was very trendy (and very cheap) at the time.

We had stopped in town and purchased some bread and cheese and wine – and a tin of Gauloises cigarettes, as I recall.

We decided that the tree-shaded cemetery of the abandoned monastery was the perfect place to have lunch.

As we looked around the headstones, we noticed that each one was carved with the name of the monk, the date of his birth and death, and then the same three words, in Latin.

We had just completed four years of required Latin and two years of French but it took us a while before we were able to make the translation.

Quid Potuit Fecit translates literally to “What he could do, he did.”

When we talked to the locals, however, they, in their very French attitude, translated it (with a shrug and that way the French have of pouting their lips and pleading with their eyes) to mean, “Ah, mademoiselle, you see, it means, ‘he did the best he could.”

He did the best he could!? Well, I was 18 years old and convinced, as all 18-year-olds are, that the world was a mess and all the world needed – what the world had been waiting for, really – was for me to come and fix it.

I was outraged, as were my girlfriends.

No different from all the other poor souls buried here???

I think it was in that very moment that my heart hardened against the institutional church, which served to cement the obligatory young adult period of church abandonment. Those who have survived their own or their children’s adolescence will understand. 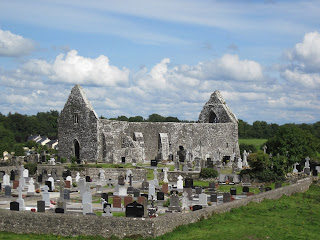 That, perhaps, there was a deeper, spiritual meaning of the phrase which could be better found in the original Latin.

What he could do, he did. He did the best he could. Actually, that’s more than can be said of the lives some people live, isn’t it?

Some people do squander the gift of what Mary Oliver called “this one, wild, precious life”* we are given. They don’t do what they can. They don’t even seem to try, much less do the best they can.

As I’ve sat with that phrase in the weeks following Ralph’s death, I’ve come to understand that it is not only high praise, but it really captures, for me, Ralph’s life.

What he could do, he did.

I’ve come to know that a person’s life is more than their obituary. It’s much more than their resume. It’s what one has done with what’s merely listed on one’s resume and obituary – the stuff you can’t or wouldn’t list – that is the real stuff of life.

What you can do, you do. You use the gifts and talents you’ve been given. It’s the stories that are the glue that holds the list together. Indeed, as those of us who come to church every Sunday have discovered, stories hold the world together.

The stories of a person’s life tell us how they took what God has given them and used them, to the best of their abilities – to do what they could.

Sometimes, we succeed more than our wildest dreams. Other times, we fail so miserably that we are lead to the brink of despair, to peer into the abyss, there to contemplate meaning and purpose as well as the absurdities of life.

We’ve heard some of the stories of Ralph’s life here earlier this morning, from his family. We saw various facets of the uncut diamond that was Ralph William Peters, Jr.

I hope we hear more stories later at the Repast and even later as the years roll on and holidays and birthdays are celebrated and we feel his spirit and we remember.

Ralph did what he could with what he was given and built a life on the foundational stones of kindness and generosity.

That did not mean that he disabused himself of the creature comforts and luxuries, large and small, of life. He loved his boat, even though he once admitted to me that it was a “money pit”. He frowned when he said and waved his hand dismissively but the flash of the light of joy in his eyes told a different story.

No one loved good food and wine as much as Ralph Peters. The few times I cooked for him, I was rewarded with lavish praise, a clean plate and that high-wattage smile.

But, to have a good meal and a glass of wine?  On his boat? Especially with friends? As God was painting a sunset? Ah, now, there are luxuries whose value is simply beyond mere mathematical calculation.

Even the grad from M.I.T. knew that.

He sometimes valued what others questioned the value of – like the grandfather clock that was a wedding gift of his father to his mother that was damaged in The Fire (could that only have been two years ago?).

Ralph paid perhaps twice the value of that clock for the parts and labor for repairs, but to his mind, he was saving a memory, salvaging a legacy and tradition, protecting and guarding the love that loved so much, it brought him and his brother into being.

It was fitting, somehow, that Ralph left this earth listening to the sound of it chiming down the hall. What he could do, he did.

Ralph’s life was a life that valued life – so much so that he worked to better the lives of others in big way like trying to provide permanent solutions to the problem of homelessness.

But there were also small ways, like making the coffee for coffee hour every Sunday, a kindness for which he is fondly remembered at St. Philip's, Laurel.

What he could do, he did. Mistakes? Sure, he made a few. It’s the unspoken and little mentioned flaw in the qualities of kindness and generosity.

Sometimes, kindness and generosity can lead to being fooled and taken advantage of.

Sometimes, it leads to believing your own press releases and being foolish with the gifts you’ve been given. Even the most precious of gifts. Like, love.

Sometimes, that leads to things falling apart. As the poet JmStorm once wrote*:

is the way we shake loose the pieces/

It’s as natural as the wind and rain. /

Scream if you must./

But never lose sight of what it really is:/

a thunderstorm that clears the air./

Through it all, Ralph did what he could and, over the years of sunshine, showers and thunderstorms, he developed what only can be described as an inner glow.

It wasn’t always visible. Like the light of the moon, it was hidden, sometimes, by clouds of distress. But, when Ralph smiled, well, his whole face lit up, didn’t it? 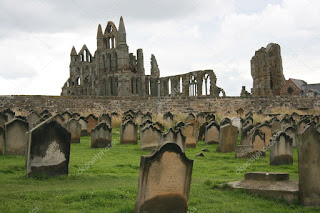 And, when you were loved by Ralph, you could be assured of basking in the warmth of his smile.

Oh, he’d also take you on and stubbornly argue his point, but even in the heat of  passionate disagreement, his love for you was never in doubt.

At least, not for him.

Shortly after Ralph died, I asked Rita if they had a song that was ‘their song’.

She didn’t take 5 seconds to answer. “You Light Up My Life,” she said. I smiled. My first thought was that Debbie Boone, good evangelical Christian girl, said that every time she sang that song, she always thought of Jesus and sang to him.

I smiled again. I know they both loved Jesus, but don’t think that was what Ralph and Rita were thinking when this became their song.

I should have known that would be their song. When Ralph and Rita were together, the wattage was enough to light up any room.

I imagine that when Rita eventually – not soon, please God, but eventually – joins Ralph in that great somewhere out there some call ‘heaven’, he’ll be free of his walker, and there he’ll be, waiting on a boat to ask her for their first dance together in Paradise.

Quid potuit fecit. What he could do, he did. And, he did the best he could.

I’m old enough now to appreciate the full spiritual depth of that ancient phrase. And, like any good dissident daughter, I still have issues with Mother Church, but I’ve obviously gotten over my abandonment of her.

(I don’t know about you, but I always come back for the stories, like all the ones we have heard this morning, and how they are all gathered together – the ancient and new stories – and, once gathered up by the priest or bishop and blessed and offered to God at the altar, become food and drink and nourishment for our weary souls.)

What he could do, he did. That will be my word of prayer for him, whenever I visit him here. Or, when his memory comes to visit me.

What he could do, he did. And we who loved him could not be more grateful for all that he did, because he did the best he could do.

If we’re lucky, if we do what we can do with this one, wild, precious life, when the time comes for us to take our leave from this earth, the same will be said of us.

Here's the video of the sermon and eulogy: https://www.youtube.com/watch?v=DCoqvKFF7bI

*With heartfelt gratitude to the Rev. Tobias Haller, BSG, who helped me remember Latin: "Perhaps influence by Anselem of Canterbury and John Duns Scotus’ Medieval view of the Immaculate Conception of Mary: Pontuit, decuit, ergo Fecit

(God could do it, it was appropriate, therefore, it was done.)"

is the way we shake loose the pieces

It's as natural as the wind and rain.

So cry if your need to.

Scream if you must.

But never lose sight of what it really is:

a thunderstorm that clears the air.

It is not enough to dream, we must also act.

Without action, a door is just a wall.

When life closes a door, just open it again.

*But, I can still conjugate in Latin: