All the world's a stage 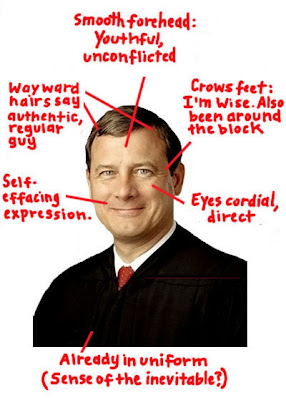 I was really looking forward to tonight's debate.

By the end of it, I was remembering a coffee mug my then-adolescent children once gave me which said on the side, "If you want me to live up to your expectations . . ." and on the bottom, said, ". . .lower your expectations."

Why did we have to endure the town-meeting format? And, why did they get the questions before hand? That's not a debate. That's a performance!

So, it's come to TV ratings and what will get people to tune in and boost ratings, verses a format by which the candidates can put flesh on their political platforms?

We're choosing the next POTUS on personality, style and performance? Have we really become so dummied-down as a nation that a Presidential debate that occurs 30 days before the election and as our nation teeters on the brink of the next Great Depression is reduced to being just another 90 minutes of television entertainment????

How pathetic is that? Or, should I say, "that one"?

Who won the debate?

There was a debate?
Posted by Elizabeth Kaeton at 10:53 PM

In answer to your last question: YES.

I fell asleep during. Then I posted about tonight's tableaux, and about leadership, at my blog.

As you said on my blog- and here... there was no debate.

The VP one was actually more substantive. In a manner of speaking anyway.

I just put up another dog photo. What debate is there to write about?

Want to know who won the World Series of Poker feature table? I gave up on the debate when I read the format.

(Phil Helmuth is loosing by the way -- shame I would love to see him win just to see what a chronic whiner does when he does not loose,)