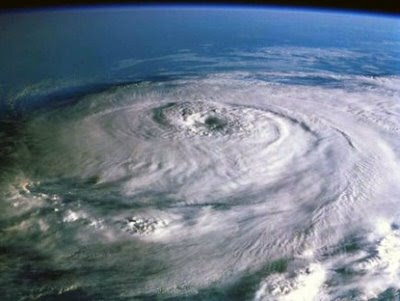 The word is out and it's not good.

The "Son of Ida" - the remains of the hurricane that battered the Atlantic Basin - is making its way up the Atlantic Coast and is now being called a "Tropical Depression."

Llangollen, our wee cottage on Rehoboth Bay, is, apparently, getting plummeted with high winds and rain. This morning's tide is reportedly eight feet higher than usual.

Some of our friends who live there have been evacuated. Others are hunkering down, unable to get out before the flash flooding made it impossible to leave. Some are sore afraid.

Parts of Rt. 1 are closed. The word is that, last night, an ocean wave breached a sand dune just before the Causeway and crashed onto the highway.

Ocean City, DE has been evacuated and closed down. Parts of Southern Jersey are under a State of Emergency.

Meanwhile, news reporters and television meteorologists appear on my TV screen, foolishly standing out in the rain that seems to be pouring down from all angles, all at once. They place themselves, clinging to a microphone, in front of a roaring ocean, or under a pier, the sea foam swirling around their feet as the wind threatens to blow them from their place in front of the camera.

Are we supposed to be impressed? Reassured? Or, scared half to death?

When I spoke with one of my friends this morning in Bethany Beach, he said - at least three times - "The howl of the wind is almost constant. Between the rising water and the constant howl, it's pretty disconcerting."

"Disconcerting," he said. I'm sure he just didn't want to alarm me. Too bad. Didn't work.

Not that there's anything I can do. Except pray. And, be thankful that property damage is something that can get repaired. I just pray that no lives are seriously damaged or lost to this storm.

It's easy to wax philosophical about the occasional "storms of life" and the role of faith. It's not so easy to do that when you're in the midst of a "tropical depression" which seems to do more damage than an actual hurricane.

It's also easy to wax poetic about the metaphors of storms and tropical depressions and hurricanes that plummet the East Coast this time of year - as well as the paradox of the fires, flash flooding and mudslides that devastated the West Coast just a few weeks ago.

Logic would seem to indicate that the safest place in America is the "Heartland" - except, of course, for those pesky tornadoes they seem to get so often. Oh, and the droughts. And, the Big Snow.

It's easier, still, to wax scriptural - especially with this Sunday's lesson about the "sign of the end of times". I have no doubt the televangelists are already pointing to things like Reproductive Rights and Marriage Equality as evidence of God's judgment on this nation.

I'm not going to do any of that. No philosophy. No poetry. No scripture. No easy answers. Not for the complicated web of questions that make up the human enterprise on 'this fragile earth, our island home'.

Not while I sit here, happily ensconced in my toasty warm house, sipping my tea, safe and secure, away from the sputtering rain and occasional gusts of wind outside my window, as I reflect on the status of my friends and neighbors just three or four hours away and pray fervently for them.

I'm just going to ask you to join me in prayer.

I think it's the only way to respond to 'the constant howl' that is always present in our lives - whether we hear it or not.

PS - For those who like these things, you can watch a live web cam here From time to time, I've been checking in as the bulldozers clean up the mess on Rt. 1 and the Indian River Inlet. Also watching Rehoboth and Bethany Beaches. It looks pretty wicked out there.
Posted by Elizabeth Kaeton at 11:20 AM

It has passed us now --I pray that all shall be well with you.

I trust you are all safe and sound. This is quite a storm!

Prayers for all in the path.

When we dodged the bullet here, I prayed Ida would wander out into the North Atlantic and leave everyone in peace. I will pray for the well being of all.