"The Family" in Uganda 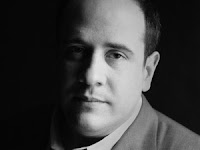 Yesterday afternoon I listened to  "Fresh Air" with Terry Gross on NPR which featured an interview with Jeff Sharlet, author of a book, "The Family: Secret Fundamentalism at the Heart of American Power. "   Seems like there is a "Cosa Nostra" of another sort - and they are just as murderous.

"The Family" is a fellowship of powerful Evangelical Christian politicians which includes some names that have recently been prominent in the headlines: Sen. John Ensign, Rep. Bart Stupak (who lives at "The Family" residence on C Street) and Rep. Joe Pitts.

Doug Coe is the reclusive leader of "The Family" (he has been referred to as the "stealth Billy Graham"), who is not an ordained minister, was named one of the 25 most influential Evangelicals by TIME magazine in 2005.

One of the 'core ideas' of 'The Family" that Coe "preaches" is that the message of the New Testament is not love, mercy and justice but power.

In the interview, Sharlet reports a "sermon" preached by Coe in which he asks his audience to name three people who embody the message of Jesus.

"No," says Coe.  "Hitler. Stalin.  Pol Pot."  The audience gasps as he quickly adds, "That is not to deny that what they did was Evil, but they understood the message of Jesus."

The 'breaking news' in yesterday's NPR broadcast was the direct link Sharlet was able to make - by "following the money" - between "The Family" and the leadership in Uganda and the proposed draconian law concerning "aggravated homosexuality" - which (just so we are clear) not only mandates capitol punishment for LGBT people, but life imprisonment for anyone (like, for example, a father, mother or sibling) who knows a person to be LGBT and doesn't report it, or anyone speaking favorably about same sex marriage.

Both Ugandan Legislator Bahati (who proposed the new law) and Buturo (the Ugandan Ethics and Morality Minister) are part of "The Family" and they (and President  Museveni) receive money from this Washington group.


I strongly urge you to isten to the whole thing here.

It is one thing for Ugandan MPs to propose draconian laws in their own country; it is quite another for American Evangelicals to fund and support the leaders of Uganda in laws that are in serious violation of every principle of human rights - not to mention Christianity -  as a 'test case' for the passage of similar laws in this country.

Which leads me to ask the question:  Does anyone know of a connection between "The Family" and the IRD (Institute for Religion and Democracy)?

What groups like "The Family" and the IRD have not learned from history is that, whenever despots over play their hand and cross the line of human decency, they create martyrs for the cause.

And there ain't nothing more powerful than a martyr.

To paraphrase Audre Lorde:   Our silence will not protect us.

Posted by Elizabeth Kaeton at 6:33 AM

Rachel Maddow has been interviewing Jeff Sharlet at regular interviews on her show ever since the Ensign "affair" broke last summer. Other C Street luminaries include Sen. Coburn (Dr. No) R/OK, who is involved in the Ensign fiasco up to his eyeballs. When Gov. Mark Sanford was a congressman, he lived at C Street. I think the "C" in the name stands for "Cancer"-the truly metastatic, invasive kind that is almost impossible to eradicate.

I've caught Sharlet on Maddow from time to time. What was imperative about this NPR interview was the new information about the Ugandan link.

"The Family", which kills souls and now bodies, is even more horrifying than the Mafia, which will give you cement shoes and make you sleep with the fishes.

Hi -- I am the Religion and Spirituality editor at BlogHer.com, and I think your site is wonderful. I've dropped in often, and was reading you as early as your post about the election of Bishop Schiori. That one had me in tears. (I have an MDiv, Lutheran,1971 -- and chose to not be ordained.) Anyway, please do come visit us and register your site with us. I'd just like you to be among us -- no angle here but that. Thanks for writing so well, so passionately, so honestly and with such grace.

here's the article mentioned in the broadcast

I heard it too and yes, these people need to be vigilantly watched and, at every opportunity, stripped of their quasi-anonymity.

It brings to mind something by C. S. Lewis:

"If the Divine does not call to make us better, it will make us very much worse. Of all bad men, religious bad men are the worst."

Thanks for stopping by and leaving a comment, Francis. Come by any time.