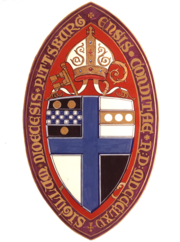 In the first public sign of disagreement among theologically conservative clergy in the Episcopal Diocese of Pittsburgh over the leadership of Bishop Robert W. Duncan Jr., 12 such rectors and priests told him this week they disapprove of his effort to remove the diocese from the Episcopal Church and will, instead, remain with the denomination.

The 12, including the president of the diocese's clergy association and its longest-tenured rector, mailed a signed, one-paragraph letter yesterday to the diocese's 66 churches saying that while they supported the "reformation of the Episcopal Church ... we have determined to remain within, and not realign out of" it.

Three members of the group, including the Rev. Scott Quinn of the Church of the Nativity in Crafton and the Rev. Jay Geisler of St. Stephen's in McKeesport, met Monday with Bishop Duncan at his Downtown office for about an hour to tell him they were going public.

The group does not support ordination of openly gay clergy or conducting same-sex blessings, the so-called "innovations" at the forefront of denominational disputes since 2003. However, members said they do not believe it is necessary to leave the Episcopal Church, the American arm of the worldwide Anglican Communion, to make that point.

"The bishop has made a mistake," said Father Quinn, with 25 years of service the longest-tenured priest in the diocese. "He seems to be going in a different direction than we are."

That direction was set in an overwhelming vote by clergy and lay delegates at the November Pittsburgh diocesan meeting to leave the Episcopal Church for a more biblically conservative province elsewhere. While a second vote at the 2008 diocesan meeting is required to make the action final, the national church already has struck back.

Earlier this month, Presiding Bishop Katharine Jefferts Schori warned Bishop Duncan he could be removed from office because of his efforts.

The uncertainty of the diocese's future -- and its own parishes' property, congregations, pensions and missions -- had led the group of priests to begin meeting monthly last fall.

"This [action by the group] was not unexpected," said Peter Frank, a spokesman for Bishop Duncan, "but it's still sad to see friends signal their intention to end in a different place than many of their fellow priests.

"The bottom line is that we all face momentous decisions in the Episcopal diocese this year."

Some members of the group said the prospect of protracted court cases evolving from the diocese's realignment effort played a role in their decision to disagree with Bishop Duncan. In this year's budget, the diocese set aside several hundred thousand dollars for legal issues.

Father Geisler's 123-year-old church has an endowment of more than $500,000; balance that, he said, against spending it all in a single year on legal fees.

"We are unified [with Bishop Duncan] on a vision," said Father Geisler, president of the diocese's clergy association. "We are not unified on a tactic."

The significance of the group's action may far outweigh its numbers. Bishop Duncan is moderator of the Anglican Communion Network, an alliance of biblically traditional dioceses and parishes that comprises about 10 percent of the Episcopal Church's 111 dioceses and 2.2 million members. Several of those dioceses, like Pittsburgh, want to leave the national church and realign with one of the more conservative provinces in the more than 70-million-member Anglican Communion.

The perception has been that conservative Pittsburgh Episcopalians unanimously support the bishop's leadership. Father Geisler acknowledged that the group's public repudiation could create a backlash.

"Some will think of us as traitors," he said. "But each priest is saying that for the good of our parish this doesn't seem to be where we should be going."

The Rev. James Simons, rector of St. Michael's of the Valley in Ligonier, said his decision to sign the letter was a "stewardship issue."

His church's outreach programs include a pension for a Ugandan bishop and support for a school in Guatemala City and a medical missionary in Bombay, India.

"I don't think it's good stewardship to use that money for legal fees," he said.

"When all the dust is settled, the real issues are how we're going to live beside each other once this is settled. The big picture is there's an irretrievable breakdown in the Episcopal Church," said the Rev. Jonathan Millard, rector of the Church of the Ascension in Oakland.

"Some sort of split is inevitable."

Signees of the open letter to the Pittsburgh Episcopal Diocese are:

• The Rev. Scott Quinn, rector of Church of the Nativity, Crafton

• The Rev. James Simons, St. Michael's of the Valley, Ligonier

• The Rev. Don Youse, priest in charge, Emmanuel, North Side