A Parable From A Prior 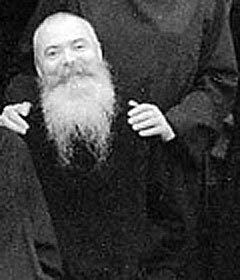 Many years ago there was a high stakes poker game between J. P. Morgan, Sigmund Freud and Alfred Adler.

The pot kept growing as they looked at their hands and examined one another.

Finally J. P. Morgan called and put down his two pair and started to rake in the pot, saying, "It's all about money."

Freud cleared his throat, put down his full house and started to rake in the pot sying, "Money is really about sex."

Adler put down his four aces and took the winnings, saying, "Money and sex are really about power."

-- Prior Aelred
Posted by Elizabeth Kaeton at 11:34 AM

Prior Aelred, good to have you around again. I've been missing you since Fr. Jake's silence. How good of Elizabeth to give you space.

Adler got it right, didn't he?

Nevertheless, sometimes a cigar is just a cigar.