Beaches and the British 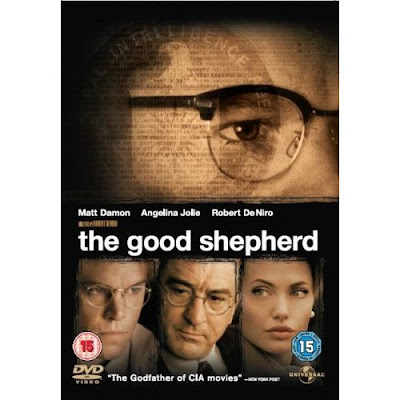 I had a wonderful Sunday with the grandchildren, MacKenna and Abby. They are Beach Bunnies, sure and true, just like their Nana. The surf was very rough yesterday, probably because Fay is still kicking up her heels in Florida, but it was perfect Sand Castle weather.

We had a GREAT time.

We came home and, after showering, fixed supper together. I am in complete awe of the appetite of a two year old. Well, when you feed her all of her favorite foods. If you don't, well, God help you!

After they left, I watched The Good Shepherd. I had seen it a few years ago when it first came out and, except for the obviously stellar performances by Matt Damon and De Niro (and watching Angelina Jolie smolder), I left mostly confused.

It's not exactly an easy plot to follow. Then again, following three generations of secret Yale societies as a feeding ground for the C.I.A. through two World Wars, the Rise of the Cold War, and the Presidency of JFK in two and a half hours is not going to be an easy story line.

It was still a difficult plot to follow - one has to follow the dialogue very carefully. Thankfully, Matt Damon's character defines the word "reticent."

Here's one of the take-away lines I didn't hear the first time 'round, but one that may be a keeper, especially for the weeks and months ahead.

Matt Damon's character, Edward, is told: "The British are a civilized people. They don't eat their own. They pay other people to do that for them."

Hmmm . . . . does history bear that out or is that just De Niro having a go at the Brits?
Posted by Elizabeth Kaeton at 10:52 AM