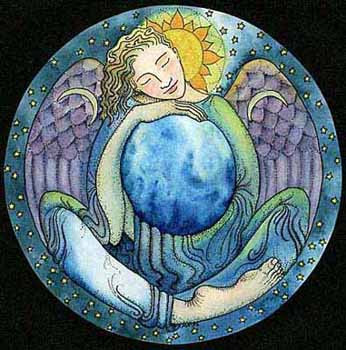 According to the United Nations, the first International Women's Day was celebrated in 1911. More than one million women and men attended rallies in Austria, Denmark, Germany and Switzerland. They demanded the right to vote and hold public office, and for an end to job discrimination.

The day is now marked as a time "to reflect on the progress we've made to call for change and to celebrate acts of courage and determination by ordinary women who have played an extraordinary role in the history of women's rights," the United Nations says.

In some places like China, Russia, Vietnam and Bulgaria, IWD is a national holiday.

And then, there are places like Uganda, where,Action Aid reports, that sexual violence is the main reason that girls drop out of school.

They also report that:

70% of those living in poverty are women

Every minute a woman dies as a result of pregnancy complications

One report included this story:

Isatu Kalokoh, a 32-year-old mother of three, lives in the far-eastern suburbs of Freetown, the capital of Sierra Leone.

In her community, 60 percent of the residents are women. Kalokoh is a housewife, but many of the women here making a living farming oysters, selling wood and working as petty traders of small retail goods.

Only about 100 women in her suburb can read, but a single female chief, elected over the resistance of many men, runs the community.

Despite this victory, many husbands in Kalokoh's neighborhood consider wives to be their property and beat them when they are home.

This was the case for Kalokoh in her second marriage to a man who often shows resentment towards her three children from a previous marriage.

"When my husband comes home from work, he grumbles about my children," she told researchers with Action Aid, based in Johannesburg, South Africa, the largest global anti-poverty agency. "When we go to bed at night, he forces me to have sex with him as much as he likes. My husband always promises to change his attitude, but will do the same things again. I feel very ashamed now."

Action Aid issued a report today in London that offers a sample of similar stories.

Although violence against women affects countries that are both rich and poor, and women of different backgrounds, authors of the Action Aid report say violence blocks progress in every major development target. This violence ranges from intimate partner violence in couples to sexual violence in the classroom.

The authors say violence--from rape during armed conflicts to domestic violence--is a leading cause of death and disability among women of all ages, and costs nations billions of dollars as it drains public resources and lowers economic productivity.

Action Aid has been documenting the stories of women from Burundi, Sierra Leone and the Democratic Republic of Congo, in a project aimed at reducing violence against women. The women have been provided with legal, psychosocial support, livelihoods training and lobbying advice.

You can visit their website and read their report Her Stories in which African women tell remarkable accounts of how they have overcome violence and discrimination in appalling circumstances.

Roseline Watta Beah, ActionAid’s facilitator in Sierra Leone, summed up the women’s feelings: “The project has been a journey from a place called nowhere to a place called hope. But hope here is built on shaky ground, needing consolidation if we don’t want to be sent back to nowhere.”

I hope you read the report and use at least part of this day to reflect upon the status of women and consider how you might help make a place called hope more stable for women around the world.

Here are some very simple considerations. Why not . . .

1- Help to change other women’s lives through organizations such as Amnesty International and Action Aid, or the Anglican Women's Empowerment project. Those are just three. There are many more. Commit to providing assistance to one.

2- Commit to buying from fairtrade companies where mothers can work to feed and clothe their families in safety.

3- Reflect on the lives of some of the women on the Calendar of Saints, saying the glorious words of the Magnificat in between each reading.

4- Telephone or write to your female relatives and friends, telling them how much they mean to you.

5- Spend time with the greatest feminine spirit of all - mother nature. Go and plant a wildflower garden, listen to the bird sing, bathe in the sunshine, get drenched by the rain, let a snow flake melt on your tongue.

What will you do to honor the women in your life or yourself today?

More importantly, what will you do to help change the status of women around the world, helping to bring them from a place called nowhere to a place called hope?
Posted by Elizabeth Kaeton at 8:56 AM

love the artwork -- where is it from? I'll check the Utah Savage link ...

Something I snagged off the net. Not Utah Savage, although she's a brilliant writer.

This is timely for me. Yesterday I attended a celebration of Dia da Mulher given by Brazilian women living in Massachusetts. They have organized an ecumenical self-help group. Over the weekend I received email from a woman friend who grew up in poverty in Recife. She has been accepted into a doctoral program in Brazil, but is looking for funding. I'm struggling with how best to help. Your prayers for all of us would be most welcome.

Yes, what do we do and how do we do it? That's the question.

There is so much to be done, but slowly, slowly things improve.

They have improved greatly in my own time, and will improve even more until the work of the Gospel is done. I trust in that!