The Song of Hannah 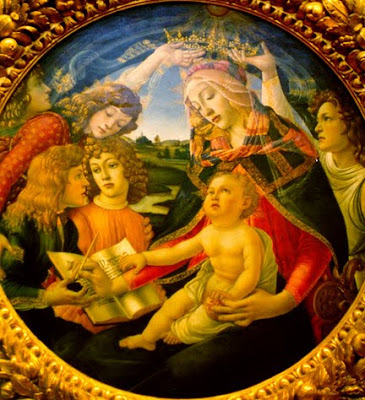 If you haven't heard by now, where the heck have you been anyway?

Mary Glasspool has received the necessary number of consents to her election from Standing Committees in The Episcopal Church to proceed with her consecration. She needed 56. To date, she has 61.

No one knows the exact number of bishops who have voted 'aye' or 'nay'. An abstention counts as a 'nay' - an easy albeit cowardly way for those without cojones or ovaries not to consent.

Here's the press release from ENS.

(RNS) A majority of dioceses in the Episcopal Church have confirmed the election of an open lesbian as a bishop in Los Angeles, bringing Bishop-elect Mary Glasspool one step closer to consecration.

The Diocese of Los Angeles, where Glasspool was elected as an assistant bishop last December, announced confirmations from 61 of the denomination's 110 dioceses on Wednesday (March 10).

A majority of diocesan bishops, however, must also consent to Glasspool's election before she can be consecrated a bishop. Episcopal Church headquarters in New York keeps the bishops' tally, but generally does not release it until the outcome is sealed.

"I look forward to the final few consents to come in from the bishops in the next few days, and I give thanks for the fact that we as a church have taken a bold step for just action," said Los Angeles Bishop Jon Bruno.

Glasspool has until May 8 to receive the necessary votes from bishops. If her election is confirmed, she would be only the second openly gay person (note: but the first LESBIAN) to be elected a bishop in the U.S. church or the wider Anglican Communion.

Archbishop of Canterbury Rowan Williams, the spiritual leader of the Anglican Communion, said last year that Glasspool's election "raises very serious questions" and urged Episcopal bishops to reject it. A majority of Anglicans in the 77-million-member communion reject homosexuality as unbiblical and the election of an openly gay priest as bishop of New Hampshire in 2003 has caused widespread dissent

Does anyone on either side of the aisle or sanctuary - left, right, front, center or back - listen to anything that man has to say anymore?

As for me and my house, we are listening to Hannah, singing her song with the ancient women and men who have marveled throughout the ages at the most marvelous works of God.

Hannah is a prophet, one of the two wives of Elkanah and the mother of Samuel. This is what she sang when her prayers to conceive were answered. (From 1 Samuel 2:1-8)

I imagine Hannah grew up hearing the song of Miriam, the sister of Moses. She learned it by heart. Sang it as she tended to her chores. Hummed it as drew water from the well. Miriam's song was the basis for the Song of Hannah.

I imagine Mary, the mother of Jesus, grew up hearing both Miriam and Hannah's song. Learning them. Memorizing them in her heart of hearts. Both songs provided the foundation for her own Magnificat.

Let us join with Miriam, Hannah and Mary and rejoice with all the angels and archangels and all the company of heaven and earth, for surely today, this day, the arc of history began to bend just a little closer to justice.


My heart exults in you, O God,
my triumph song is lifted in you.

My mouth derides my enemies,
for I rejoice in your salvation.

There is none holy like you,
nor any rock to be compared to you, our God.

Do not heap up prideful words or speak in arrogance;
Only God is knowing and weighs all actions.

The bows of the mighty are broken,
but the weak are clothed in strength.

Those once full now labor for bread,
those who hungered now are well fed.

The childless woman has borne sevenfold,
while the mother of many is forlorn.

God destroys and brings to life, casts down and raises up;
gives wealth or takes it away, humbles and dignifies

God raises the poor from the dust;
and lifts the needy from the ash heap

To make them sit with the rulers
and inherit a place of honor.

For the pillars of the earth are God's,
on which the whole earth is founded.


Posted by Elizabeth Kaeton at 8:32 PM

We all knew consents were forthcoming in a matter of weeks, didn't we?.

It's not over until the HOB sings.

Call it nit-picking on my part, but I object- make that strongly object to the headline only defining Bishop-elect Mary Glasspool by her gender. Talk about immature sexual fixation.

From all that I've read Mary is an incedible priest and a real gift to the Church. To define her in such a limiting way in a headline- is deepl offensive- but then I'm only stating the obvious aren't I.

How can you turn these three Holy Women's prayers to God back into a hidden celebration of ASHERAH ?

Yah,
go check out your item about circles if you don't believe yourself.