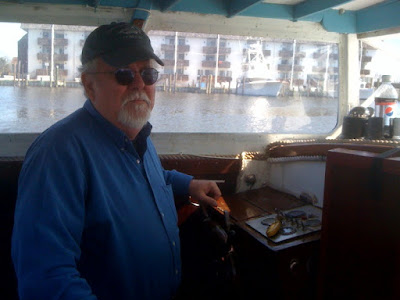 I love it when a good plan comes together from out of the blue.
I've been needing this day off. Bad. The only real way I can have a day off is to get outta Dodge. And, the best place I know outside of Dodge is, of course, Llangollen, our wee cottage on Rehoboth Bay.

As I was driving down late Thursday afternoon, I called my dear friend, Mark Harris, who lives in Lewes. Just on a whim. Thought we might get together for a cup of coffee and shoot the breeze about - what else? - The Episcopal Church.

I've known Mark since 1986 - back in the day when he was National Coordinator for Campus Ministry and I was a brand new Chaplain at The University of Lowell.

I took one look at him, fell in love, and there's never been any other man for me. We keep in touch from time to time. It had been a few months since I had gotten one of his wonderful hugs, so I thought I'd ring him up and see about fixing that.

What I didn't know is that, in the few months seen I'd seen him, he'd become "The Old Man of the Sea." That's the new 'boy toy'. The Amity is her name.

Isn't she sweet? Got lots of character, don't you think? Like her new captain.

We met at our favorite coffee shop in Lewes, the Azafran, got our beverages of choice and were off on a tour of the back side of Cape Henlopen. 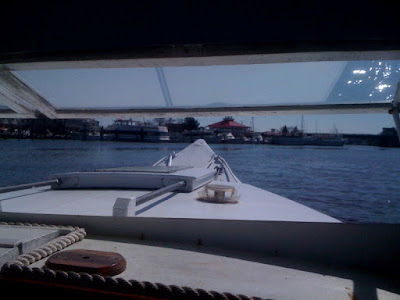 We watched a few momma osprey getting their nests together, spotted a magnificent Blue Heron, and marveled at the Very Ugly turkey vultures who seemed to be having a small political caucus on the side of the water.

Meanwhile, we chatted away about our families - grandchildren, mostly. And, what our respective spouses and children were up to these days. Oh, yes. And a bit about The Episcopal Church. 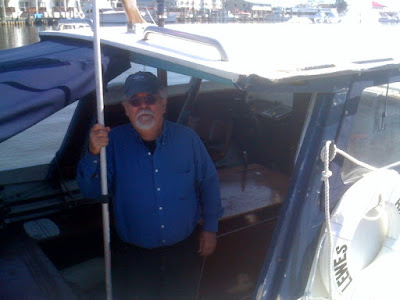 But mostly, we were just two friends of very long standing (I refuse to say 'old'), who were out enjoying the beautiful day. Temperatures in the low 70s. Not a cloud in the very blue sky. A slight breeze in the air. Very calm waters.

It felt like the weather on Rehoboth Bay was redeeming itself after three Nor'easters in six weeks time.

And here I thought I would just lounge about in my PJs all day.

And now I'm off to meet up with my friend Wayne to have dinner at Dos Locos - only the best restaurant in Rehoboth Beach.

Alaskan King Crab Legs are half price tonight. Served with lots of drawn butter, a side of yummy salad and some amazing rice. 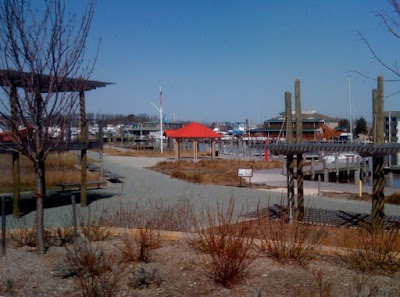 I'll leave you with an image of the marina where I hope to meet up with The Old Man of the Sea in another month or so for another wonderful little ride on The Amity.

It just promises Spring, doesn't it?

Life is good. Especially when you aren't expecting it.
Posted by Elizabeth Kaeton at 4:12 PM

Did you find your appointment book?

Mark is a dear man.

Suzanne - YESSSSS!!!! Well, Ms. Conroy did. It was under my pillow, of all places.

Glad to hear you had a good day. I had a similar one ... it was just that kind of day! I can always enjoy a preview of summer.

I don't get out much, but LOVE hearing about it when others do -- a bit of vicarious living. Enjoy!

There's nothing better than having a friend with a boat. All the joy, none of the worry. Hope you have lots of fun times on The Amity.