A Trinity of Irish Jokes for St. Paddy's Day 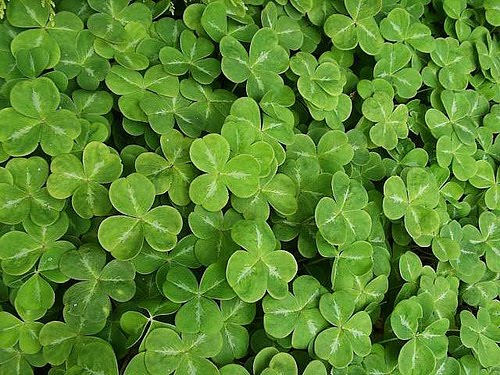 Top o' the mornin' to ya! Be gosh and be gorah, but ain't it a beautiful day!

Here are three jokes to send you off on your way into a day that would have made St. Patrick bind himself and his Breastplate to this day forever!

The first is from me files - a favorite of Ms. Conroy.


Seamus suffered a serious heart attack and had open heart bypass surgery. He awakened from the surgery to find himself in the care of nuns at the Dublin Catholic Hospital.
As he was recovering, Sr. Brigit asked him questions regarding how he was going to pay for his treatment.
“D’ye have health insurance?”
Still groggy, Seamus said, “No health insurance.”
“Ah, sorry, son,” Sr. Brigit said sadly, “Any money in the bank, then?”
“No, no money in the bank,” Seamus said in a raspy voice
“Pity,” said Sr. Brigit, “Well, d’ye have a relative who could help you?”
Seamus brightened and said, “I have a spinster sister, who is a nun.”
Sr. Brigit became agitated and announced loudly, “Nuns are not spinsters!
Nuns are married to God.”
Seamus smiled at St. Brigit and said, “Aye, then send me bill to me Brother-in-Law.”
This next one's from my British friend, Carrie. A wee bit of an 'insider's joke'.


Two friends from Lambeth England and New York were walking around Dublin cathedral admiring the architecture.
'Are you enjoying your visit to Ireland?' asked a young priest.
'Very much, Father, but we can't get on with the whiskey. It's far too strong for us,' they said
'Why so?' asked the priest.
'Well, we went to some Craic on Saturday night, tried some Paddy's best and crashed out unconscious.
Sunday morning we woke at 5 a.m. bright as a button. We went to 6 o'clock mass, 7 o'clock mass, 8 o'clock, nine, ten and eleven o'clock mass.
Then we went to afternoon Rosary, downloaded the Pope's latest sermon from St Peters, followed the Stations of the Cross, got the latest version of The Priests safely onto our iPods and finally wound up at the local Catholic church for Benediction!'
'So what's wrong with that?' asked the priest.
'We're Anglican!' came the reply.
Finally, one that is a wee bit naughty. From Doug. Of course.


An Irishman is drinking in a New York pub when he gets a call on his cell
phone. He hangs up, grinning from ear to ear, and orders a round of drinks for
everybody in the bar because, he announces, his wife has just produced a typical Irish baby boy weighing 25 pounds!
Nobody can believe that any new baby can weigh in at 25 pounds, but the Irishman just shrugs, "That's about average in Ireland, folks... like I said, my boy's a typical Irish baby boy."
Congratulations showered him from all around, and many exclamations of "WOW"! were heard. One woman actually fainted due to sympathy pains.
Two weeks later the Irishman returns to the bar. The bartender says, "Say, you're the father of that typical Irish baby boy that weighed 25 pounds at birth, aren't you? Everybody's been making bets about how big he'd be in two weeks. We were gonna call you....... so how much does he weigh now?"
The proud father answers, "Seventeen pounds."
The bartender is puzzled, and concerned. "What happened? He already weighed 25 pounds the day he was born."
The Irish father takes a slow swig from his Guinness, wipes his lips on his shirt sleeve, leans into the bartender and proudly says, "Had him circumcised."
Erin Go Braugh!
Posted by Elizabeth Kaeton at 1:24 PM

The last joke from Doug flies in the face of widely accepted Irish male lore. Obviously, Doug has never heard of the Irish Curse.

Thankx for these Irish jokes.