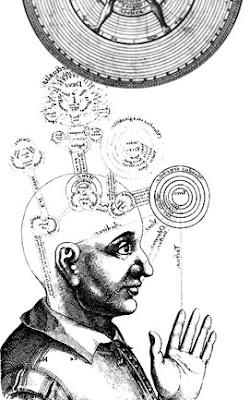 Apparently, there's been quite a stir in the Anglican Press about yesterday's call by the Archbishop of the Sudan for the resignation of the Bishop of New Hampshire (USA).

The line from +Sudan that has not made the press but is on the recording is: "We love him. We don't want to exclude anyone, we just want them to go away."

Well, and there it is, then. So, why all the flap?

I can tell you that the journalists here at the Lambeth Confernce are frustrated by the slow pace of any "news" coming out of "The Big Blue Tent" where the bishops gather. Others who were here 10 years ago are, quite frankly, angry because, unlike the last Lambeth Conference in 1998, they are being denied access not only to listening in on the bishops' discussion, but also to some fringe group activities.

So, necessity being the mother of invention, the necessity of their need to write stories that will sell papers is a real . . .well . . . 'mother'.

Most people here have simply shrugged their shoulders with deep chagrin or asked incredulously, "Hang on! The AB of Sudan doesn't have enough on his hands with genocide, famine, diseases and epidemics like TB and AIDS, debilitating, grinding poverty in the midst of profit margins that soar on the backs of the oppressed and the accumulation of obscene affluence, the rape of men and women and trafficking of women and young children (just to name a few of the problems) in his own country? He has to be outraged at Bishop Robinson who isn't even in his midst?"

As the British are of't want to say, "Well, there you have it."

This is not to say that the damage will, in fact, be repaired, but not too many here want to tear off the tender healing that is already beginning to happen in the Indaba groups (well, those who understand how to use the process and haven't already rejected it).

Comments like those from the AB of the Sudan are seen, at the very least, as not being helpful. And so, most either deflect (see above) or ignore.

I strongly urge everyone - on either side of the issue - who really want to stay in the WWAC and see her maintain the historic and always delicate balance of the wide spectrum of theological and liturgical diversity, plan to do exactly the same.

As one journalist said to me just the other day, "I became an Anglican, at least in part, because it seemed to me to be a church for adults with mature spirituality who love Jesus."

Why is it that some parts of the Anglican world just don't "get it" that in TEC, there is a distinctly "American" phenomenon of "bottom up" as opposed to "top down."

Bishop Gene was ELECTED by the people of the diocese of New Hampshire to be their bishop. Bishop Gene did not curry favor to be "selected," he was elected by the will of the congregants of the Diocese of New "Live Frickin' Free or Die" Hampshire.

Why do they cling to this near Papist notion that they can influence ANYTHING from the top down? aaagh