Susan Russell - number 34 for the Telegraph 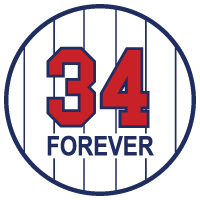 With the Lambeth Conference, the Anglican communion’s landmark summit, beginning next week, The Sunday Telegraph has compiled the Lambeth Power List, a countdown of the most influential figures in the worldwide Church.

Have your say: Who should be on the list

An old friend of the Archbishop of Canterbury, Barry Morgan succeeded Rowan Williams when his fellow Welshman moved to England.

Urbane and amiable, he has been one of the more diplomatic voices on the liberal wing and has played a quiet but crucial role in the row over homosexuality.

He serves on the Primates Standing Committee of the Anglican communion - a very influential decision-making body - and was also a member of the Lambeth Commission, which produced the Windsor Report that tried to solve the crisis in the Church.

However, he has opposed plans for an Anglican Covenant, arguing that it would lead to one voice on controversial issues, such as homosexuality, which members would have to sign up to or leave.

A highly respected theologian in her own right, Jane Williams will be in charge of the 'Spouse's programme' at this month's meeting of Anglican Bishops in Canterbury.

Before her husband's translation from Wales to Canterbury she regularly crossed the Severn Bridge to teach at the evangelical theological college, Trinity Bristol. She now works as a visiting lecturer at King's College London. She and Rowan have been married since 1981 and have a son and daughter.

From lecturing on politics at Reading University, to engaging in church politics, Philip Giddings is a highly experienced member of the Church of England's bureaucratic machine.

As vice chair of the House of Laity on General Synod and a member of the Archbishops' Council, he is one of the most well-placed evangelicals in the Church.

Despite being convener and one of the main spokespeople for Anglican Mainstream - the evangelical campaigning group that evolved out of the Bishop of Reading crisis - his opinions tend to carry weight, making him a key voice for traditionalism within the Church of England.

Always in the eye of the storm, Susan Russell, a lesbian priest, is the consummately professional spin doctor for the gay rights organisation, Integrity. As an associate cleric at the leading liberal church All Saints, Pasadena, she is pressing ahead with gay marriages after the Californian Supreme Court decision to legalise them.

The well-connected editor of the leading Anglican Newspaper, Church Times, Paul Handley has steered the publication, known affectionately by traditionalists as 'Jezebel's Trumpet', to a liberal stance on most key questions facing the Church of England.

Blogging recently from the recent conference of conservative bishops in Jerusalem, he pleaded for understanding among western liberals for their views.

Of all the many conservative Anglican blogs, Kendal Harmon's 'Titusonenine' (from the biblical verse, "He must hold firmly to the trustworthy message...") is perhaps the least prone to flame wars.

Harmon, canon theologian of the diocese of South Carolina, asks those posting comments to refer to liberals and conservatives in more neutral terms as 'reappraises' and 'reasserters' and bans personal attacks.

His website has proved a valuable resource to conservative Anglicans in recording developments in the Church for years and has built a large network of readers.

The theologian is also one of the key strategists for the US Church's embattled conservative wing.

Threatened by the US Church with deposition for moves to separate his diocese from them over homosexuality, Bishop Duncan is widely recognised as the main leader of US conservatives. However, he faces an uncertain future after a liberal grouping in his diocese filed a lawsuit to protect diocesan assets, and the House of Bishops looks certain to strip him of his position in October. He is determined to press on with a 'realignment' of Anglican Christianity which could see him appointed by Global South bishops as 'Archbishop' of an alternative Anglican province in North America.

He is director of CSCA, the mission research arm of Trinity Theological College, Singapore

39 Ian Earnest - Primate of the Indian Ocean, Chairman of the Council of Anglican Provinces in Africa (CAPA)

Based in Mauritius, Archbishop Earnest, represents a small Church in comparison to Nigeria, Uganda and South Africa, yet his chairmanship of CAPA gives him a considerable influence over troubled relationships between the Churches of the West and the developing world. Chosen as a member of the Covenant Design Group, which was set up to restructure how the Anglican Communion operates, many believe that the Archbishop of Canterbury regards him as a leader who can mediate in the current crisis.

A theologian from Virginia Theological Seminary, Kathy Grieb was chosen as the sole American representative on the Covenant Design group, an initiative aimed at finding agreement on how Anglicans can avoid potentially damaging splits in the future. She has expressed doubts about a process that could be potentially damaging to The Episcopal Church, but argues: "It is important for the entire Anglican Communion to go forward as a group and not to split into two different versions of Anglican Communion."

Story from Telegraph News:
http://www.telegraph.co.uk/news/2280796/The-50-most-influential-figures-in-the-Anglican-Church-40-31.html
Information appearing on telegraph.co.uk is the copyright of Telegraph Media Group
Posted by Elizabeth Kaeton at 7:59 PM

LOL! I also noticed Susan's position on the list. Don't you know it must chap the britches of folks like Kendall Harmon, Bob Duncan, and Ephraim Radner to be "under" her?

Not to mention they spelled Kendall's name wrong!

Can't wait to see 21-30 tomorrow -- but that may have to wait til we're in London on Saturday morning.

Oh my, this just will frost some of the SF crowd. Bad enough that Rev. Susan beat out several of their alleged leaders, but then T1:9 is there and they are not. :-)