Rowan keen on "Faith and Order" 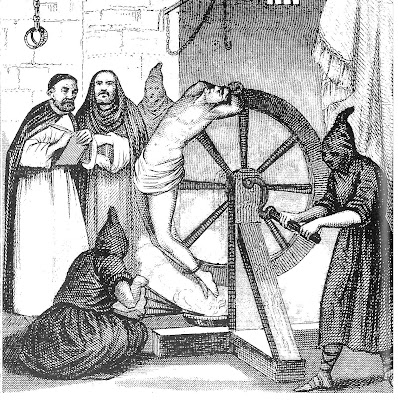 The Archbishop of Canterbury has backed the creation of a new body to rule on controversies in the church, which has been likened to an "Anglican Inquisition".

Dr Rowan Williams said there was a "very strong feeling" within the 80 million-strong Communion that guidance is needed on questions of Biblical teaching, which have led it to the brink of schism over sexuality.

He said he was "enthusiastic" about the idea of a Faith and Order Commission that has been proposed by a group set up to resolve the crisis triggered by liberal Americans, who in 2003 elected an openly gay bishop, the Rt Rev Gene Robinson.

But liberals claim the Commission - which would be based on a code of Canon Law and which is being proposed in addition to a new set of rules to bind the provinces of Anglicanism - has echoes of the medieval Inquisition, which was used to enforce Roman Catholic doctrine and punish those condemned as heretics.

It came as the most senior Catholic in England and Wales, Cardinal Cormac Murphy-O'Connor, warned of the "shadows" spreading over the relationship between Rome and Canterbury caused by the liberal attitude of some Anglican churches towards homosexuality and the introduction of women to the clergy.

Asked about the Commission at the Lambeth Conference, the once-a-decade gathering of 670 Anglican bishops in Canterbury, Dr Williams said: "There's a very strong feeling that we need another kind of structure in the Communion that would be a clearing house for some of these issues.

"There's quite a head of steam behind that, just to sort out the kind of issues that have arisen and what kind of level of seriousness they are at and how they may be addressed. I'm actually quite enthusiastic about that."

But it is unlikely it will be supported either by hardline conservatives, who set up a new movement in Jerusalem last month and who are now trying to establish a new Anglican province in America, or by liberals who want national churches to be autonomous.

A spokesman for John Chane, the liberal Bishop of Washington, said it was "troubling but unsurprising" that bishops and officials were recommending new structures that strengthen their roles "at the expense of clergy and lay people".

Read it all here: http://tinyurl.com/59cxqm
Posted by Elizabeth Kaeton at 1:39 PM

Control is important to these men. They may learn that their individual control might be threatened by rules they don't favor. I doubt there will be much support in the end. Too many chances to be excluded and lose the franchise. I suspect ABC Rowan is floating a trial balloon to get discussion going. Even the control freaks without ears will watch that carefully. Can they really agree on a set of rules anyhow?

2a0l.comThe HOB won't go for this and certainly not the HOD. This may be the end of the Anglican Communion or US participation. It's a shame but this was never the intention of Lambeth or the AC in the first place.

One good thing: An Inquisition appointed by Rowan and the dysfunctional ACO ecclesiocrats is certain to be rather feckless and not at all like the one run by Tor Quemada.

I can't imagine this passing Synod here in England or GC or, in fact, many other places around the WWAC.

However, Rowan does buy time and the good favor of the Evangelicals here and around the world. He can always say, "I tried," whilst he laughs up his sleeve knowing that it will never pass.